Content
To top
1.
Latvia vs Liechtenstein: the Visitors are in Terrible Form
2.
Croatia vs France: the Opponents to Impress Us Again with Goals
3.
Austria vs Denmark: the Danes are Likely to Win
Users' Choice
71 200 USD

On Monday We Choose Latvia, Denmark, and Goals: Accumulator Tip for June 6 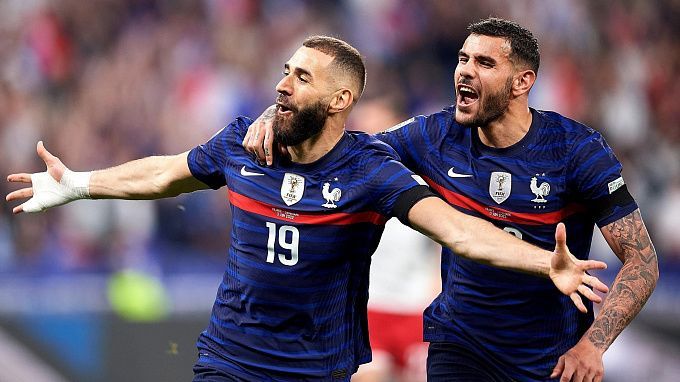 Accumulator tip for the League of Nations matches, which will take place on June 6. Who will be stronger? Check the teams’ conditions and expert betting tips. Several betting options are available!

Latvia vs Liechtenstein: the Visitors are in Terrible Form

Latvia has been making their fans happy lately - the team has three wins and two draws in five matches. The Latvians were fifth in their group in the World Cup qualifying, scoring nine points in ten games. In the first round of the League of Nations, they defeated Andorra 3:0.

On the other hand, Liechtenstein is abysmal: in 19 straight meetings, they are winless. Moreover, Liechtenstein played only three times in a draw and lost 16 games. In the qualification for the World Cup, they gained only one point. On June 3, in the League of Nations, they fell to Moldova with a score of 0:2.

We think that the Latvian team will have no problem getting three points in this meeting. After the defeat of Andorra, the Latvians will be on heat, and Lichtenstein's class is not far from Andorra.

Croatia vs France: the Opponents to Impress Us Again with Goals

Croatia looks great. They won the group for the World Cup and got a ticket to Qatar. We should note that they had an undefeated streak of nine meetings before the last match. However, Croatia lost to Austria with a score of 0:3 in the first round of the League of Nations.

As such a powerful team should, France experienced no problems in qualifying, taking first place in the group. Like Croatia, France had a nine-match unbeaten streak before their last match, but the day before, they lost to Denmark 1:2 in the opening round of the Nations League.

In this match, we offer a bet on the total over. The fact that in the last three face-to-face matches the opponents reached the TO. In their first unsuccessful meetings of this draw of the League of Nations we saw goals.

Austria vs Denmark: the Danes are Likely to Win

Austria did not earn a ticket to the 2022 World Cup - in the group, they ranked second and lost to Wales in the qualifying rounds with a score of 1:2. As for the first round of the Nations League, Austria easily defeated Croatia (3:0).

Denmark's qualification for the World Cup was crazy. The Danes quickly lead the group, gaining 27 points in ten games. In the first round, the team also showed great performance - they demonstrated a solid victory over France with a score of 2:1.

Here we place our bet on Denmark. No matter how we slice it, they are better than Austria. We were convinced of that both at Euro-2020 and the World Cup-2022. Plus, the Danes have beaten the Austrians in their last three head-to-head matches.