Content
To top
1.
Everton vs Chelsea: the Toffees are One Step Closer to Relegation
2.
West Ham vs Arsenal: the Gunners to Move Closer to the Coveted UCL Place
3.
Barcelona vs Mallorca: the Catalans to Defeat for the Ninth Time
Users' Choice
12 200 USD

Expecting Chelsea, Arsenal, and Barcelona to Win On Sunday: Accumulator Tip for May 1 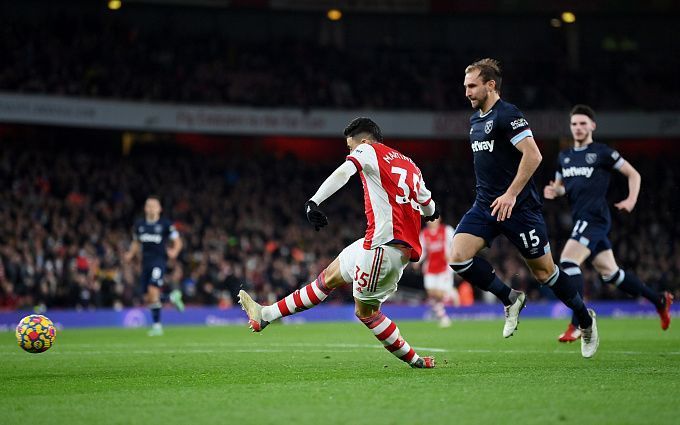 Accumulator tip for the La Liga and EPL matches, which will take place on May 1. Who will be stronger? Check the teams’ conditions and expert betting tips. Several betting options are available!

Everton vs Chelsea: the Toffees are One Step Closer to Relegation

Everton are having a very poor season, they can easily end up in the Championship. In 32 games, the Toffees have only 29 points occupying 18th line with 29 points. They are five points behind relegated Burnley and Leeds but have a couple of games in hand. After beating Manchester United (1:0), Everton avoided losing to Leicester (0:1), and last round in the derby lost to Liverpool (0:2).

Chelsea's season is going well on the whole. In the UCL the team reached the quarterfinals. In the EPL they are consistently ranked in the top-3 (currently in third place in the standings with 66 points, six points ahead of fourth Arsenal). In addition, the Aristocrats can still get the FA Cup as they will face Liverpool in the final. After beating West Ham 1:0, Chelsea made a 1:1 draw with Manchester United.

We will give our preference to Chelsea. Not so long ago, the Londoners fell to Arsenal. In the last round they failed to beat Manchester United. But they didnt secure a place in the top-3 yet - they can't ignore the opportunity to earn the points like that. Everton are a outsider being below Chelsea in terms of class.

West Ham vs Arsenal: the Gunners to Move Closer to the Coveted UCL Place

Arsenal, on the other hand, is battling for the top-4. Everything is excellent as the Gunners are in the fourth position with 60 points ahead of Tottenham by two. After three unexpected defeats to the mediocre squads, Arsenal beat Chelsea (4:2) and Manchester United (3:1).

Bookmakers believe Arsenal is the favorite in the upcoming match, and we agree. The Gunners are strongly motivated after outplaying Chelsea and Manchester United. West Ham's thoughts must be on the return leg of their Europa League semifinal clash with Eintracht.

Barcelona vs Mallorca: the Catalans to Defeat for the Ninth Time

Barcelona is in the Champions League zone, but so far there is no secured place for them. Xavi's charges are third in the standings with 63 points, six points ahead of fifth Betis. Speaking about the latest games of the Catalans, they sensationally managed to lose to Cadiz and Rayo Vallecano 0:1 each, but in between those meetings they defeated Real Sociedad (1:0).

Mallorca has very different tasks. The team is fighting for survival. So far everything is going well, as they are 16th in the standings with 32 points, two points ahead of 18th Granada. It should be noted that Mallorca has two wins in the last three rounds - 1:0 over Atletico and 2:1 over Alaves, as well as a 0:3 defeat from Elche.

As for the stakes for the upcoming match, we offer to bet on Barcelona. The Catalans have great statistics of personal meetings with Mallorca - eight wins in a row. It is simply unacceptable to fail for the third time at Camp Nou.