Content
To top
1.
Tirol vs Rapid: the Hosts Want to Create an Advantage Before the Return Game
2.
Auxerre vs Saint-Etienne: the Saints Won't Lose at Least
3.
Kayserispor vs Sivasspor: the Braves to Celebrate the Triumph
Users' Choice
12 200 USD 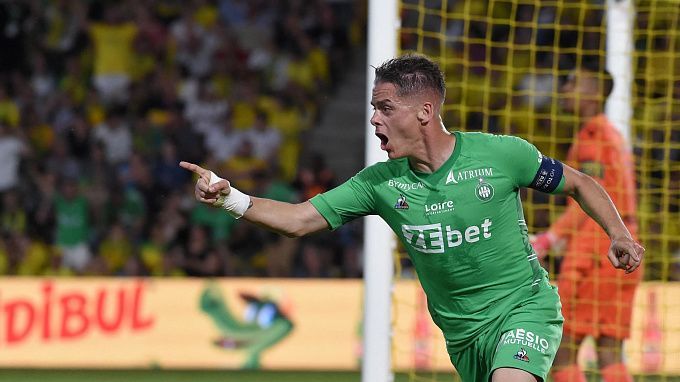 Accumulator tip for the Austrian Football Bundesliga, Ligue 1, and Turkish Cup matches, which will take place on May 26. Who will be stronger? Check the teams’ conditions and expert betting tips. Several betting options are available!

Tirol vs Rapid: the Hosts Want to Create an Advantage Before the Return Game

Tirol gained 28 points in the playoffs occupying seventh place in the standings. In the first leg of the tie they had to deal with strong LASK, but it did not become a problem with the 2:1 victory. Rapid found themselves in fifth position within the championship group, 25 points. Such a place certainly can't please the fans of the capital club.

In this meeting we give preference to Tirol. At home, this season the team held 17 games, and lost only four times! Rapid has won only three away matches in 16. Plus the hosts have a recent victory over LASK, so they are on the momentum, while the visitors have a six-match winning streak.

Auxerre vs Saint-Etienne: the Saints Won't Lose at Least

Auxerre had a great season, finishing on the third line in Ligue 2 and qualifying for the knockout stages. The team has already beaten Sochaux in a penalty shootout (0:0, 5:4 penalties). So Saint-Etienne frankly failed in Ligue 1, becoming only the 18th. The team made it to the final round, taking points from Nantes (1:1). Otherwise, it would have been a relegation to Ligue 2.

We think that Saint-Etienne will not lose to Auxerre in the first meeting. Due to their experience, the team should show good playing and make a bid for a place in Ligue 1 or at least not complicate the task. There's still a home match ahead, and the main thing is not to fail on the road.

Kayserispor vs Sivasspor: the Braves to Celebrate the Triumph

In the Turkish Cup, Kayserispor started from the third round and outplayed a whole bunch of opponents. The first three were quite easy - Artvin Hopspor (3:0), Igdir (4:0), Aksaray Belediyspor (4:0), but the second three was the top ones. However, Kayserispor coped with them - Fenerbahce (1:0), Besiktas (2:1) and Trabzonspor (0:1, 4:2). Sivasspor's path to the final was simpler, except they had trouble with Alanyaspor in the semifinals (2:1). They started in the fifth round, so before the team knocked out Ankaragucu (2:1), Bandirmaspor (4:2) and Fatih Karagümrük (1:0).

We believe that Sivasspor will be the winner of the Cup. In the final round of the Super League fate brought the opponents together, and this team was stronger (2:1), playing on the great level. They are also higher in the standings having achieved more than Kayserispor in recent years.