Content
To top
1.
Bayern vs Viktoria Plzen: an Easy Three Points for Munich
2.
Ajax vs Napoli: Don't Ignore the Neapolitans
3.
Inter vs Barcelona: the Catalans Will Be Closer to Success
Users' Choice
1798 200 USD 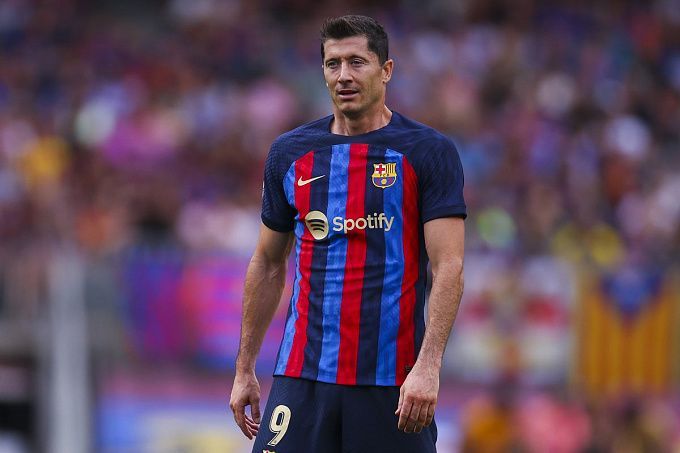 Accumulator tip for the UEFA Champions League matches, which will take place on October 4. Who will be stronger? Check the teams’ conditions and expert betting tips. Several betting options are available!

Bayern vs Viktoria Plzen: an Easy Three Points for Munich

Bayern got off to a great start in the Champions League. In the first round, they beat Inter (2:0) by a shutout. In the second round, they did the same to Barcelona. As expected, Viktoria Plzen started with two defeats: 1:5 against Barcelona and 0:2 against Inter. The Munich side leads Group C with six points, while the Czech club is last with no points.

We think Bayern will win over Viktoria Plzen at ease. The Munich side has an outstanding performance in this Champions League, plus they will play with the fans' support in Germany. Therefore, we propose to bet on their minus handicap.

Ajax opened this Champions League with a vast 4:0 victory over Rangers. However, in the second round, the team fell to Liverpool (1:2). Napoli started with two resounding wins. First, they outplayed Liverpool 4:1, and then the Rangers 3:0. In the Group A placing, Ajax is third with three points, Napoli is first with six.

Here we suggest picking Napoli. Ajax could not get a single win in the last three meetings, while Napoli had six wins in a row. Plus, the visitors have not given a single match this season.

Inter vs Barcelona: the Catalans Will Be Closer to Success

Inter lost 0:2 to Bayern in the first round of the Champions League but managed to beat Viktoria Plzen (2:0) in the second round. Barcelona thrashed Viktoria (5:1) but lost to Bayern (0;2). Thus, the Catalans are in second place in Group C and the Milanese in third. They have three points each.

As for bets on the upcoming game, we offer Barcelona. The visitors looked much better than the hosts in the first two UCL meetings. In addition, Inter gave their last two Serie A games to Udinese (1:3) and Roma (1:2).

Cleveland Cavaliers vs LA Lakers Prediction: The Lakers in the groove but Cavs are feisty

Winnipeg Jets vs Florida Panthers Prediction: Will the Panthers be able to extend their winning streak?