Content
To top
1.
Aston Villa vs Southampton: the Opponents Worthy of Each Other
2.
Valladolid vs Cadiz: the Hosts to Earn Points
3.
Auxerre vs Lorient: the Merlus are Сloser to Victory
Users' Choice
1798 200 USD 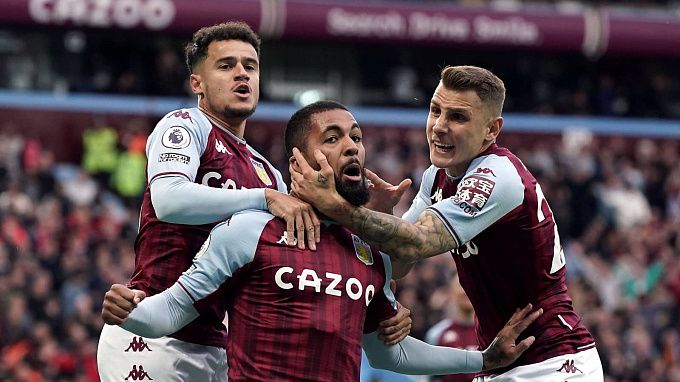 Accumulator tip for the EPL, La Liga, Ligue 1 matches, which will take place on September 16. Who will be stronger? Check the teams’ conditions and expert betting tips. Several betting options are available!

Aston Villa vs Southampton: the Opponents Worthy of Each Other

Aston Villa is not living up to fans' expectations this season. The Birmingham team got only one victory, one draw, and four defeats in six rounds. After three failures, on the last tour, they could not lose to Manchester City (1:1). Well, Aston Villa is 17th in the standings with four points.

Southampton started the campaign well. The Saints have two wins, one draw, and three defeats in six meetings. After a surprise win over Chelsea (2:1), they lost to Wolverhampton 0:1 last round. Southampton in the standings is 12th with seven points.

We suggest not getting into the outcomes and not picking a favorite. The opponents are worthy of each other and will fight exclusively for three points. Also, they rarely leave the field without scoring.

Valladolid vs Cadiz: the Hosts to Earn Points

Valladolid can hardly consider the start of the season a success. In general, four points for such a modest club in five rounds is not a bad result, with which it is in 17th position in the standings. After beating Almeria (1:0), Valladolid lost to Girona (1:2).

Cadiz is terrible in the new season. The team could not score a single point in five rounds - five defeats with a total score of 0:14! In the last round, they lost to Barcelona (0:4). Needless to say, Cadiz is later in the standings.

Analysts think Valladolid is the favorite, and we 100% agree. Cadiz is a pain to watch - in five rounds, and they have five losses and no goals.

Auxerre, after a three-match unbeaten streak, has had three disappointing matches. First, they lost to Lyon (1:2), then to Marseille (0:2), and lastly to Rennes (0:5). With seven points, Ligue 1 newcomer is in 14th place in the standings.

Lorient impresses their fans this season. The team managed to gain 16 points in seven rounds occupying the fourth place. The Merlus have a series of three wins - 1:0 over Ajaccio, 3:1 over Lyon, and 3:2 over Nantes.

As for the betting on this meeting, we're choosing Lorient. The Merlus look much stronger than their opponent now and obviously want to extend their winning streak. We think they will be able to do it.