Content
To top
1.
Umraniyespor vs Trabzonspor: Black Sea Storm to Get What They Want
2.
Borussia vs Hoffenheim: the Hosts are Much Fancied
3.
Celta vs Cadiz: the Visitors Don't Stand a Chance
Users' Choice
1856 200 USD 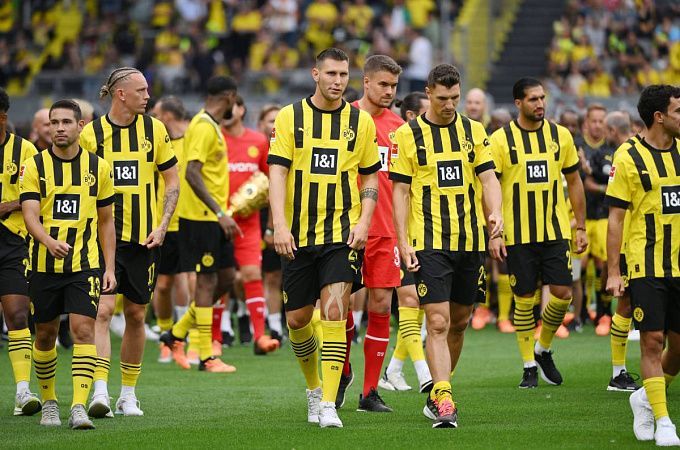 Accumulator tip for the Bundesliga, La Liga, and Super Lig matches, which will take place on September 2. Who will be stronger? Check the teams’ conditions and expert betting tips. Several betting options are available!

Umraniyespor vs Trabzonspor: Black Sea Storm to Get What They Want

Trabzonspor is approaching the upcoming game as a favorite, which is not surprising. The team had a bad start to the season - dropping out of the UCL qualifying, but it will perform in the group stage of the Europa League, which is also an excellent result. Also, note that the club lost points twice in the first four rounds. First, they fell to 2:5 by Antalyaspor and then played in a nil-nil draw with Galatasaray. Last season Umraniyespor spent in the First League, and it is clear now that they are not quite ready to play in the Turkish elite. Thus, the team has already suffered three defeats in four rounds. We think Trabzonspor will have no problem scoring three points in a game with an outsider.

Borussia vs Hoffenheim: the Hosts are Much Fancied

Analysts have preferred the first team, and we fully agree. Though Hoffenheim looks very good at the start of the new season - three wins in four rounds, they do not have many chances for three points on the road. By the way, in the last three encounters, the Bumblebees have demonstrated excellent play on offense, hitting the opponent's goal at least twice in each match. As a result, we believe that the club, with the support of their fans, will have no problem shooting twice.

Celta vs Cadiz: the Visitors Don't Stand a Chance

Cadiz has made a terrible start to the new season of the Primera. In three rounds, they failed to earn a single point, suffering three defeats in a row - 0:1 from Real Sociedad, 0:2 from Osasuna, and 0:4 from Athletic. Meanwhile, Celta comes to the game as a solid average performer, having won over Girona (1:0), drawn with Espanyol (2:2), and lost to Real Madrid (1:4). In general, we suggest not to overthink and bet on a victory of the first team.