Content
To top
1.
Chelsea vs Crystal Palace: the Aristocrats to Qualify for the Final
2.
Bayer vs RB Leipzig: the Visiting Team to Bring Points from Leverkusen
3.
Sevilla vs Real Madrid: Madrid to Take Another Step Towards the Championship
Users' Choice
12 200 USD 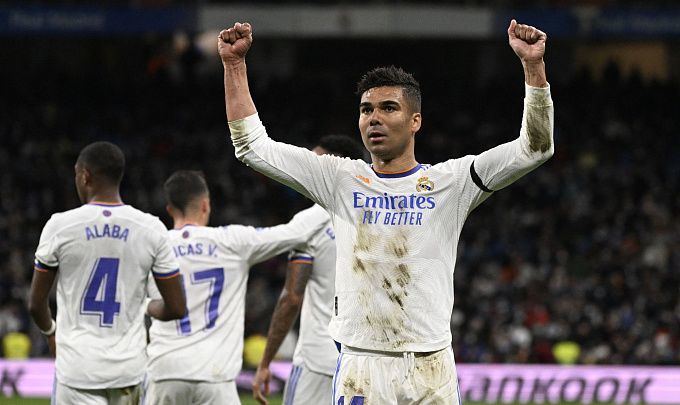 Accumulator tip for the FA quarterfinals, La Liga, and Bundesliga matches, which will take place on April 17. Who will be stronger? Check the teams’ conditions and expert betting tips. Several betting options are available!

Chelsea vs Crystal Palace: the Aristocrats to Qualify for the Final

Chelsea has played three games since their embarrassing defeat at the hands of Brentford (1:4). Two of them were in the UCL quarterfinals with Real Madrid - the Aristocrats lost in London (1:3), and in Madrid, they almost created a comeback - won in regulation time (3:1), but in the extra time, they missed and left the tournament. In between those meetings they beat Southampton (6:0). In the quarterfinals of the FA Cup Chelsea beat Middlesbrough (2:0).

Crystal Palace in the previous round of the EPL frustratingly ended the series of seven matches without defeat (five wins and two draws). The Eagles lost to Leicester with a score of 1:2. As for the FA Cup quarterfinals, Crystal Palace thrashed Everton 4:0.

The progress of Crystal Palace to the semifinals of the FA Cup can be considered a success. But they hardly have any chance. The class of the teams is very different, and Chelsea is out of the Champions League, and also has no chance of success in the EPL - the only trophy that they can win is the FA Cup.

Bayer vs RB Leipzig: the Visiting Team to Bring Points from Leverkusen

Bayer, after three losses (two to Atalanta in the Europa League and one to Koln in the Bundesliga), played three games. Leverkusen began with two straight victories - 2:0 over Wolfsburg and 2:1 over Hertha, but in the last round, they stumbled and could not defeat Bochum (0:0). Bayer occupies third place in the standings with 52 points; they have not secured a place in the Champions League yet.

RB Leipzig is coming into the game in great condition. They have not failed in 14 games in a row! The last time they lost was on February 5 to Bayern Munich with a score of 2:3. If we talk about the latest matches, the team defeated Borussia D (4:1) and Hoffenheim (3:0) in Bundesliga, then Atalanta in UEL (3:1). In the standings RB Leipzig is right behind Bayer, sitting in fourth place with 51 points.

We suggest betting on RB Leipzig in the upcoming encounter. The visiting team doesn't lose in 14 games and certainly doesn't intend to end their winning streak. Bayer occasionally falters and looks weaker in comparison to their opponent.

Sevilla vs Real Madrid: Madrid to Take Another Step Towards the Championship

Sevilla, after a four-match undefeated streak, still managed to succeed. In the last matchday, the team managed to beat Granada in a very productive match (4:2). In the standings, the hosts are in the third position with 60 points. But Sevilla must not lose them. Their rivals from below are getting stronger.

Real Madrid beat Chelsea 3:1 away in the first leg of the UCL quarterfinals but looked bleak in the return leg at home losing 1:3 in regulation time. The meeting went into extra time, where Karim Benzema showed himself again and snatched a trip to the semifinals for Madrid. In between these matches, there was also an ordinary match against Getafe, where the Merengues won without any problems (2:0). In the standings, Real Madrid is still in the lead with 72 points, with not much left for a triumph.

We think that Real Madrid will be closer to victory in this meeting. Sevilla does not look good lately, and it is hardly possible to compete with such a powerful club. In six meetings the visitors have not lost to the hosts (five victories and one draw).