Content
To top
1.
Arsenal vs Manchester United: the Gunners to Beat the Mancunians in the Heat of the Moment
2.
Inter vs Roma: Milan to Be Stronger than Rome Again
3.
Bayern vs Borussia D: Expecting an Abundance of Goals in the sixth Der Clasiker
Users' Choice
12 200 USD

Saturday's Bets on Arsenal and Inter, and Goals in Der Klassiker: Accumulator Tips for April 23 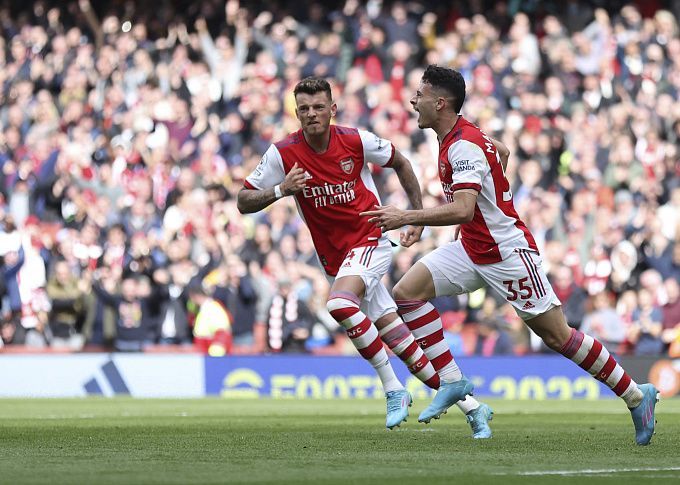 Accumulator tip for the Bundesliga, EPL, and Serie A matches, which will take place on April 23. Who will be stronger? Check the teams’ conditions and expert betting tips. Several betting options are available!

Arsenal vs Manchester United: the Gunners to Beat the Mancunians in the Heat of the Moment

After a terrible stretch in which they lost to three modest opponents, Arsenal had a super match against Chelsea. First, they fell to Crystal Palace (0:3), then to Brighton (1:2) and Southampton (0:1). But the Gunners managed to beat Chelsea 4:2 in the London derby this week, significantly increasing their chances of qualifying for the coveted top-four. Arsenal is now in fifth place in the standings, 57 points, with Tottenham above them.

Manchester United somehow managed to outplay 3:2 Norwich after a 0:1 defeat at home to Everton, but they fell to Liverpool 0:4 last week. Now the chances of the Mancunians for the top-4 are slim. Currently, they are in sixth place with 54 points and have played a match more than Arsenal and Tottenham.

In this meeting, we favor Arsenal. Four goals at Stamford Bridge and a solid victory over Chelsea in the derby will surely give them confidence, while Manchester United is hardly in good spirits after the devastating defeat to Liverpool.

A possible bet: a zero handicap 1.

Inter vs Roma: Milan to Be Stronger than Rome Again

Inter are in excellent condition for the match. After beating Juventus (1:0), they crashed Verona (2:0) and Spezia (3:1). On Tuesday, they defeated AC Milan 3:0 in the Coppa Italia semifinal advancing to the final. Inter also has a considerable chance for Scudetto since they are on the second line with 69 points, 2 points behind the leading Milan, but having a meeting in reserve.

Roma in the Serie A lost back in January - since then, in 12 rounds, it didn't encounter defeat drawing a few times. Last game, for example, the Romans tied with Napoli (1:1). Roma is in the fifth position in the standings with 58 points, 5 points behind the coveted Champions League zone.

Inter and Roma met not so long ago - in February. Then the Milan club defeated the Rome squad 2:0 in the Coppa Italia quarterfinals. Before that, in two Serie A matches, it also claimed victories (3:1 and 3:0). We think that now Inter will be closer to success, especially at the legendary San Siro stadium.

Bayern vs Borussia D: Expecting an Abundance of Goals in the sixth Der Clasiker

Bayern has almost solved the championship question but still has a chance to lose it. Now Munich is leading the standings with 72 points, ahead of second Borussia D by nine. In general, the upcoming game can close all the questions. After the shameful Champions League quarterfinal return match against Villarreal (1:1), Bayern played once, defeating Arminia 3:0.

Borussia D, as we said, is in second place in the standings. It's unlikely to drop out of the Champions League zone, but it still has a chance to fight for the cup - but all they need is a win against Bayern. After the dramatic loss to RB Leipzig (1:4), they first outplayed Stuttgart 2:0 and then literally blew Wolfsburg out 6:1 in the last round.

As for betting on the upcoming Der Clasiker, we suggest betting on goals. In the last five head-to-head meetings, a bet "both teams will score + total over (3.5)" worked - we believe it will go now as well. Both teams need a victory desperately so that they will fight to the last second. We are waiting for some spectacular playing!

A possible bet: both will score.