Content
To top
1.
Manchester United vs Atletico: Expecting a Match of Equal Adversaries
2.
Ajax vs Benfica: the Rivals Again to Put Up a Show
3.
West Bromwich vs Fulham: the Championship Leader to Be Closer to Victory
Users' Choice
72 200 USD

Betting on goals in the UCL and on the leader in Championships: Accumulator Tips for March 15 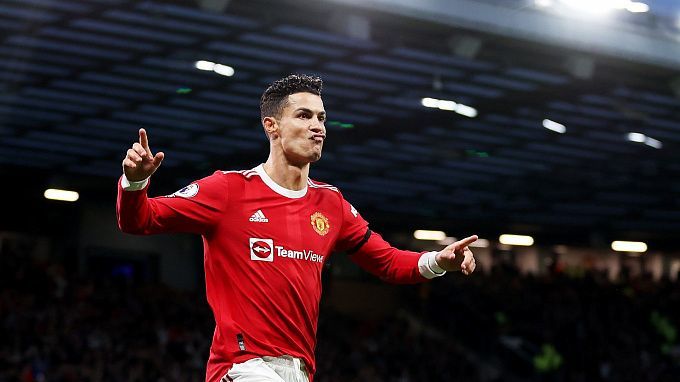 Accumulator tip for the Champions League and Championship League matches, which will take place on March 15. Check the teams’ conditions and expert betting tips. Several betting options are available!

Manchester United vs Atletico: Expecting a Match of Equal Adversaries

The first leg of the Champions League last 16 in Madrid ended in a draw. Atletico started aggressively and took the lead as early as the seventh minute due to a beautiful goal from Joao Felix. The Mancunians managed to score - Anthony Elanga ran away from the defense in the 80th minute and missed Jan Oblak (1:1). That's how the opponents finished. In the 87th minute, though, Antoine Griezmann hit the crossbar.

As for the return match, we expect something similar. Only now, as the home team, it will probably be Manchester United who will start offensively. We think that it will take the lead in this encounter, but we will not wait long for Atletico's response.

Ajax vs Benfica: the Rivals Again to Put Up a Show

In the first match of the UCL, last 16 Ajax and Benfica impressed everyone with goals. Ajax opened the scoring on 18 minutes at the Estadio da Luz in Lisbon. Eight minutes later it became even, and three minutes later Ajax took the lead. However, midway the hosts managed to get back into the game - Roman Yaremchuk sealed for Benfica a draw (2:2).

Everyone knows how strong Ajax looks in Amsterdam. The team can beat anyone there, and Benfica is no exception. Nobody will park the bus - the hosts will press from the opening minutes and certainly will lead by halftime. The visiting team will have to open up and save the situation.

West Bromwich vs Fulham: the Championship Leader to Be Closer to Victory

West Bromwich is having a frankly dismal season - it seemed that the EPL team would fight for a return. But in fact, it is an average performer in the Championships. After 36 games, West Bromwich is in 14th place in the standings. Fulham is likely to get into the elite league in England next season - the Londoners with a decent margin from second place (12 points) are leading in the Championships standings.

In the upcoming game, we prefer Fulham. The Londoners sensationally failed to beat Barnsley (1:1). We think the draw will make them angry and make it even tougher for West Bromwich. In the first leg, the visiting team crushed the hosts 3:0.