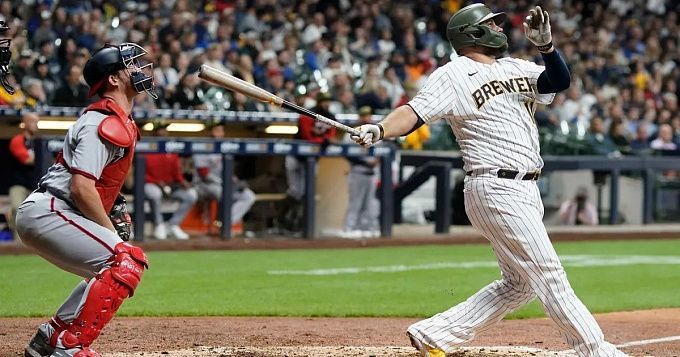 One of the best teams in the National League, the Milwaukee Brewers, will play their next series at home against division rival Chicago Cubs. Here are a few bets on the first round.

The series against the Cubs is Milwaukee's first since the road trip. The Brewers beat a tough Tampa Bay twice (5:3, 5:3) but could only take two games out of four against the division underdog Pittsburgh Pirates (7:8, 19:2, 4:7, 2:0). The Brewers, meanwhile, are still in first place in the NL Central standings with a 46:35 balance and a two-win handicap over St. Louis.

Eric Lauer will pitch the first game of the regular-season series against the Cubs, 6-3, with a 4.02 ERA in 14 starts.

Justin Steele will pitch for the Cubs in game one of their series with Milwaukee, 3-5, and a 4.39 ERA in 15 games.

Milwaukee hasn't been at their best in the division series against Pittsburgh. In the meantime, the fate of first place in the division at the end of the regular season will depend on their success against the division's underdogs—Whoever of the Milwaukee-St. Louis pairing beats Pittsburgh, the Cubs, and Cincinnati will win first place. So the Brewers will approach the upcoming game with maximum concentration and beat the Cubs.