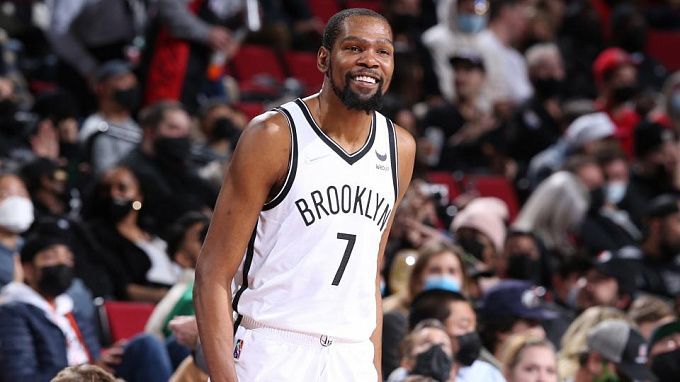 Brooklyn has won three games in a row and will now take on Toronto at Barclays Center. Will Kevin Durant and company be able to extend their winning streak?

In the previous game, the Nets barely beat Washington 113:107 on their home court. Brooklyn's leaders played a great game. Kevin Durant scored 39 points, and Kyrie Irving had 27 points. Thus, the Nets extended their winning streak to three games in a row and five at home. Brooklyn is now 12-11 overall and eighth in the Eastern Conference.

Before heading to Brooklyn, the team visited New Orleans, where they couldn't handle the Pelicans. Toronto lost by a combined score of 108:126, despite Gary Trent's 36 points on 11 three-pointers. The Raptors are 11-10 overall and seventh in the East.

Under Jacque Vaughn's guidance, Brooklyn is slowly improving on defense and already ranks in the top 10 of the season with 110.6 points allowed per game. The Nets only allowed 98 in their recent road game against Toronto, and it's entirely possible they won't allow the Raptors to score much again in the upcoming match. The Canadiens will pay maximum attention to defense as well. Fortunately, Nick Nurse knows how to adjust the defense to a particular opponent. So we're unlikely to see a productive meeting. In addition, the rivals have played almost exclusively bottoms in recent years.

As an outcome, we would like to offer our money to Brooklyn. The team finally got a quality head coach, and judging by the latest results, the team is getting used to his demands.