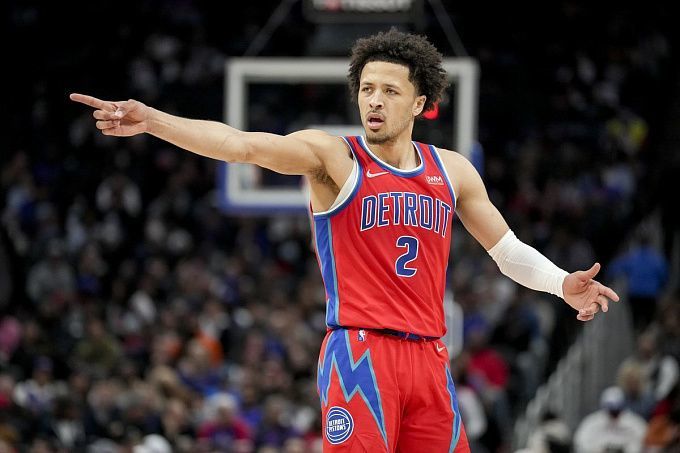 Detroit and Orlando were the underdogs in the East last season, but both can make progress in the current regular season. A win in a head-to-head game would go a long way. Who is better prepared right now?

Even despite Cade Cunningham's progress, the Pistons were a pitiful sight last season. In recent years, Detroit has not been the best at drafting outside the top 3, Saddiq Bey being more of an exception. This year, the club selected Jalen Duren and Jaden Ivey, the latter has already been given plenty of advances before his NBA debut. It just so happens that the Pistons traded away three decent role players in addition to youth - Bojan Bogdanovic, Alec Burks and Nerlens Noel. With a roster like that, they could contend for a playoff spot, which the front office appears to be counting on. Burks still hasn't recovered from his injury, though, and Marvin Bagley was injured in the preseason. Also, Isaiah Livers will not be on the court.

In the preseason, by the way, Dwane Casey's team lost all four games. Detroit failed to defeat either New York or New Orleans or even the modest Oklahoma City. In the test game they lost to Memphis 111-126. They played hard until the middle of the third quarter but in the final 12 minutes the Pistons lost the ball too often, although in terms of other statistical metrics the team looked just as good.

The Magic finished last in the East last regular season, and the club has already benefited greatly from that. Orlando received the 1st pick in the last draft and selected Paolo Banquero, who of all the prospects seems the most ready to play in the NBA. The Magic now have a very interesting young core, although Jonathan Isaac and Markelle Fultz still need to wait out of the infirmary. In addition to them, Gary Harris and Moritz Wagner will not play, while Jalen Suggs has recovered.

After losing to Memphis in the first preseason game, Jamahl Mosley's team went on a four-game winning streak, defeating San Antonio, Dallas, Cleveland and Memphis. In their recent game against the Cavaliers, Orlando won the game on the opposite side of the court with 17 offensive rebounds and better shots under the basket. Thus the Magic made up for their low three-point percentage (12-of-39, 30.8%). Paolo Banchero was the most productive player for the Magic with 17 points.

At the start of the season, it's unlikely that the Pistons will put too much trust in their young players. Only those who truly deserve it will get playing time. Detroit should look much better on offense than they do on the interior, especially after the exchange of Bojan Bogdanovic. It will be harder without Alec Burks, though, and there are questions about Dwane Casey's ability to get results with his current roster. Orlando looked more confident in the preseason with a young core that is as good as the Pistons'. The Magic should extend their winning streak.