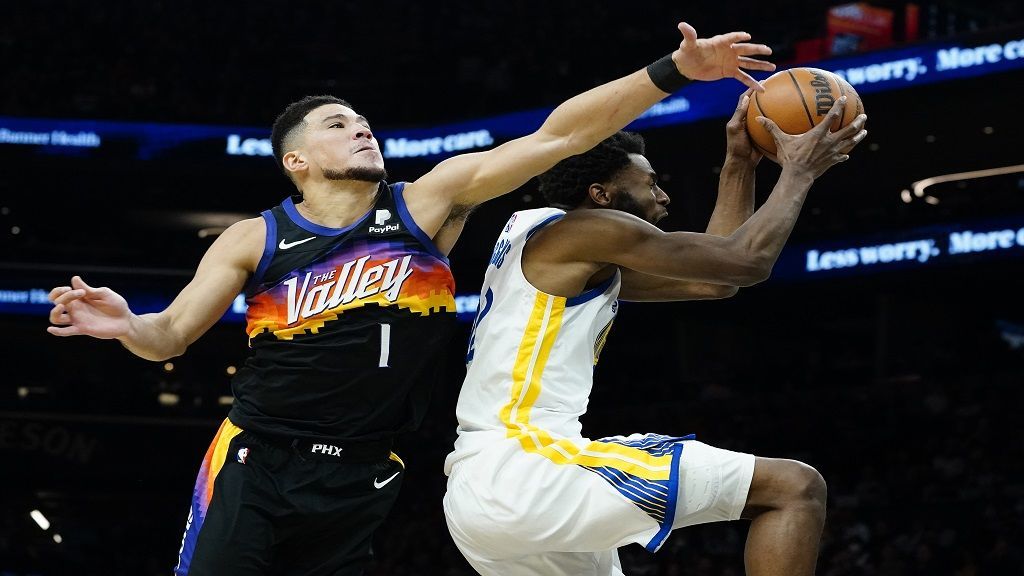 Golden State and Phoenix will play the 4th game of the season series. The score is 2-1 in favor of the Warriors. Will the Suns be able to even the score? We'll pick a few options to bet on at once.

Warriors play significantly worse in the second half of the season. This is explained by the instability of the squad. After Klay Thompson returned from injury, the Warriors lost Draymond Green. Now Green is back and Steph Curry is out. Steve Kerr's team, however, does not care much about the outcome. One win in the remaining six games will guarantee direct playoff contention for Golden State. The playoffs, however, will be a very different game.

In their last game, the Warriors without Curry, Thompson or Green were defeated 95-123 on the road by Memphis. Third straight loss for Golden State.

The Suns, who lost to Milwaukee in the championship series last season, didn't have long to grieve. They shook up their roster a bit and went through the regular season in one piece. Chris Paul and his team approach their matchup with Golden State as the Western Conference leaders with a 61-14 balance. In theory, Phoenix will not let anyone else take over the top spot.

Phoenix, of course, will be happy to close the season series with Golden State with a win. This would allow them to end the confrontation with a 2-2 draw, although it is far from certain that they will succeed. Thompson and Green, who missed back-to-back games in Memphis, will return to the court in the upcoming game for Golden State, which means that, at the very least, the Warriors will add significantly to their defense. In addition, Steve Kerr's team will have to fight for a playoff spot.

We predict that Golden State will impose the most serious resistance to the conference leader.