Content
To top
1.
The Rebuild is Looming, but it Still hasn't Come
2.
The offence Should be Enough to Win
3.
Expert Betting Tips
Users' Choice
12 200 USD

Indiana Pacers vs Charlotte Hornets: Second Match in a day for the Visiting Team 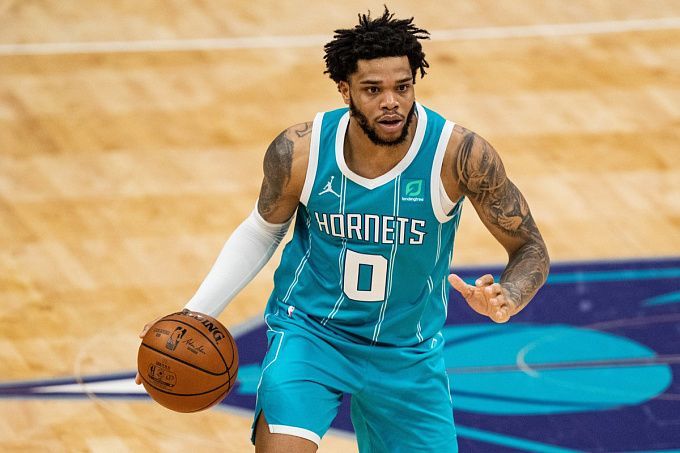 Indiana continues the season without most of its key players, and the fuse of the players who replaced them was good enough for one game. Tonight, however, we need something to counter the second offence of the entire league. There is little hope for that. Check the teams' conditions and expert betting tips. Several betting options are available!

The Rebuild is Looming, but it Still hasn't Come

Management's announcement that Indiana is ready to give away all of its players is still a topic of discussion, but it's not positively affecting the team's results. The team only won three times in January, playing 12 games, and with the loss of almost all of its starting players, there is little hope of more wins. In the last match against Orleans, LeVert returned but could not affect the final result, resulting in a second straight defeat. Everyone is waiting for some meaningful change.

The offence Should be Enough to Win

The Hornets are playing their second game in 24 hours, but that shouldn't be too much of a problem for a young team, especially since this is only their second road game after the home-and-home series. Overall, the team looks reasonably confident to be in the playoff zone after the new year. Thus, there is no need to motivate the team in their games. On the road, Charlotte had 13 wins and 15 losses. After the failed match yesterday, the team will want to get back to more upbeat numbers.

The visiting team looks like favourites. In three meetings with their opponent today, Charlotte didn't lose once this season, and in each game, the outcome was around 230 points. The hosts certainly weakened, but nothing may prevent them from earning their standard 114 points and claiming another victory.