Indiana Pacers vs. Los Angeles Clippers: the Hosts to Win in a High-Scoring Game 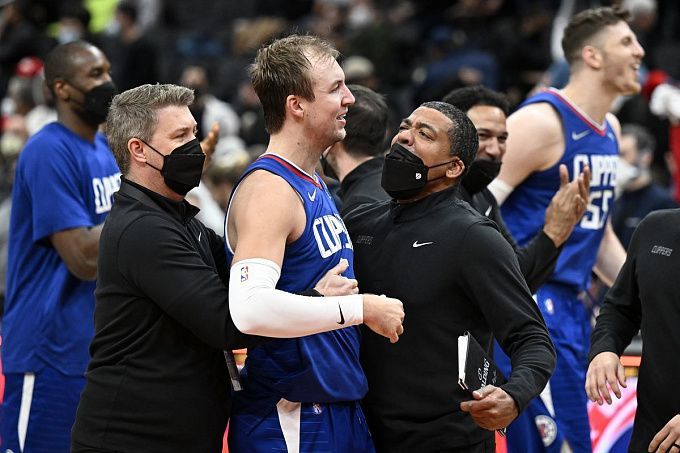 Indiana Pacers will host the Los Angeles Clippers in the NBA regular season. The visitors will be without their two leaders, Leonard and George. Will Indiana end their losing streak?

After two wins, Indiana Pacers have been down again. In the last five meetings, the Pacers did their best only in an away match against the Oklahoma City Thunder - a 113:110 overtime victory. Indiana failed to compete with its opponents in the other four games and was defeated. With 18 wins in 51 appearances, the Pacers rank 13th in the Eastern Conference.

Los Angeles Clippers have won three times in the previous five NBA regular-season games. Tyrone Lue's team was more robust than Washington (116:115), Orlando (111:102) and Charlotte (115:90). The Clippers were unsuccessful against New York (102:110) and Miami Heat (114:121). Out of 52 games, the Clippers have won 26. Currently, the team ranks eighth in the Western Conference standings.

This season Los Angeles Clippers and Indiana Pacers played once against each other and had great results. In the home games, Tyrone Lue's team outscored their opponent 139:133. In the last five meetings of the NBA regular season, the Clippers were victorious.

Los Angeles Clippers are forced to play their next game without their two leading players, Leonard and George. It should be noted that the meeting with Indiana will be the eighth in a row for the Clippers. Obviously, Lue's players may be tired after the road trip, and the Pacers will also be motivated. They need to break their streak of five straight losses to the Clippers. As the main bet, I suggest considering the total over. I also expect both teams to score at least 100 points, and the home team will win.