Los Angeles vs New Orleans: Fifth Failure for the Lakers 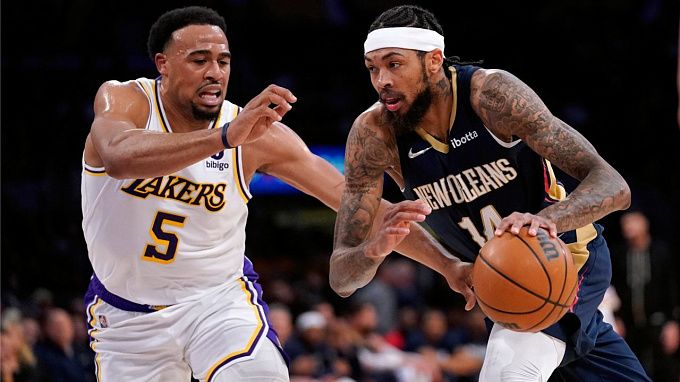 The Lakers have lost four games in a row. Frank Vogel's team is in danger of not even making the playoffs. The next meeting, against New Orleans, is almost the last chance for the Lakes to make it into the top 10 of the conference. Will the Lakers finally manage to win? Let's pick a few options to bet on.

The Lakers Gave Up

LeBron James, averaging 30 points per game, was the only factor that helped the Lakers win lately. Now he is injured and the Lakers, led by Russell Westbrook, have broken down. Frank Vogel's team began to lose to everyone without any hope. The game against Utah (109-122) was such meeting. Before that, Los Angeles missed more than 80 points in the first half against Dallas and lost 109-122.

The Lakers are 11th in the Western Conference standings leveling with tenth San Antonio. But the Spurs look like a more balanced team, deserving, unlike the LAL, a shot at the play-in.

The Pelicans occupy 9th place. If they can beat the Lakers in the upcoming game, they could pull away from them and San Antonio by 3 wins. That means they can almost reach the play-in round. We see that as a triumph for Willie Green's squad, which has undergone a major change along the way.

New Orleans defeated 117-107 Portland on the road last week. The Pelicans' most productive player was CJ McCollum who scored 25 points. The team as a whole again did a high quality job on defense.

There's little hope for any kind of success for the Lakers this season. It seems that the upcoming meeting with New Orleans could be the last straw for the LAL, especially considering that the Pelicans have been on the right track and have been playing great lately. It would not be surprising if the Lakers suffer their fifth consecutive loss. We're predicting a win for New Orleans in a blowout game; Willie Green's team is really solid defensively.