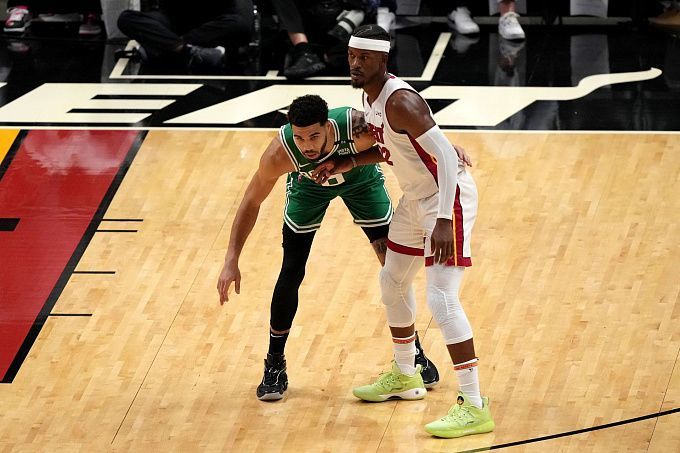 Boston won the fourth game of the East Finals and restored the balance. Will the Celtics beat the Heat in Game 5 and take the lead in the confrontation? Let's pick a few bets.

Miami Failed the Game in One Quarter

While the Heat set a franchise record for steals (19) in Game 3, Erik Spoelstra's team broke the NBA anti-record in Game 4 by missing more than a dozen shots from the start. As a result, Miami trailed by -18 points in the first quarter. The Heat failed to gain back that handicap, falling 82-102.

Yet, nothing disastrous happened for the Florida team. The 2:2 after four games leaves Miami with a good chance to win the game. The squad gained a home-court advantage. In the fifth game at home, they can build up their lead before the decisive sixth and seventh games.

Before Game 4 of the series, it seemed as if Boston's chances of success were slim, considering the role played by the injured Marus Smart in Coach Ime Udoka's system. However, the Celtics coped without one of their leaders, replacing him in the starting lineup with Derrick White. For one game without Smart, Boston found an equally effective replacement. But will White's skills be enough to win the series? There are big doubts about that.

Jason Tatum was the top scorer for the Celtics in Game 4 with 31 points. Payton Pritchard earned 14 points, White had 13 and Jaylen Brown had 12. Victor Oladipo was almost the only bright spot for Miami, gaining 23 points.

The Heat's defeat in Game 4 was primarily a result of the Spoelstra squad's lack of motivation. Miami accomplished the task of going to Boston in game three, regaining the home-court advantage. They weren't ready to go out of their way in Game 4. In Game 5, the Heat will surely be different. The team from Florida is in no way inferior to Boston. It should come out on top at home, especially without their defensive leader Smart, who is currently on the injured reserve list with a questionable status. Prediction: Miami wins.