Milwaukee vs Boston: the Teams to Finally Reach the Total 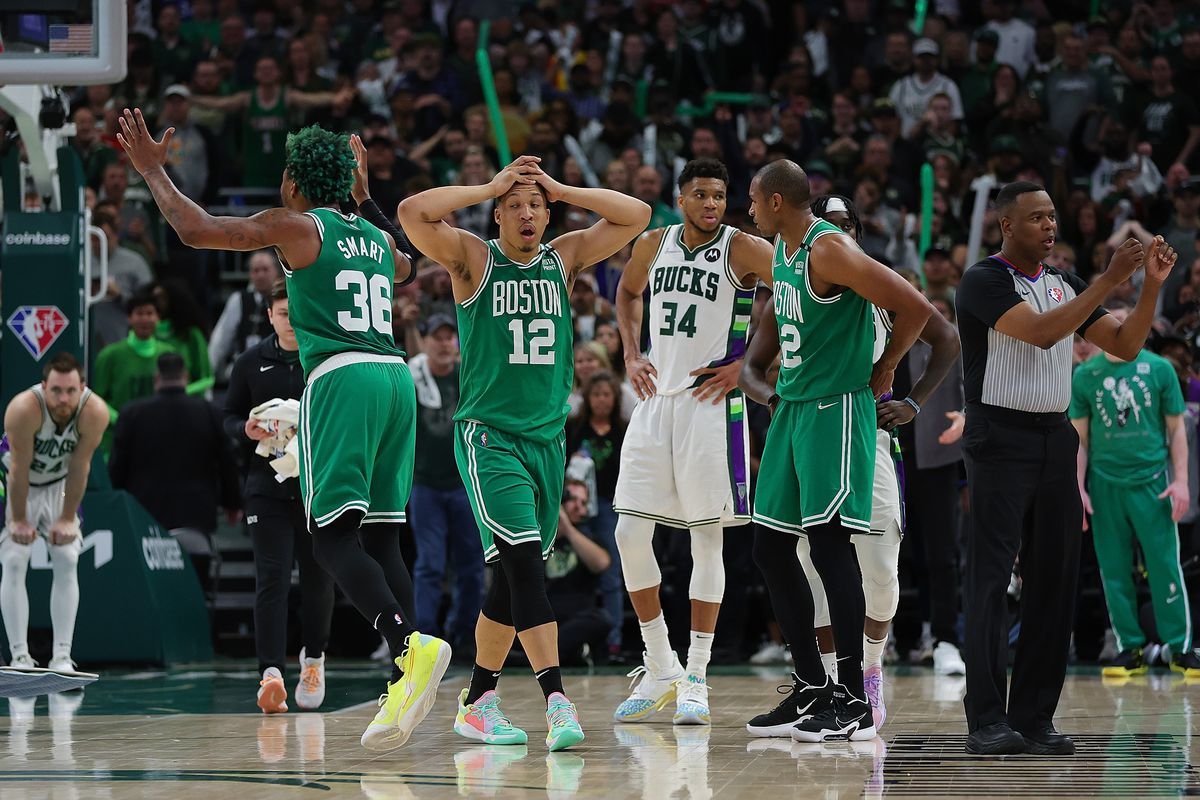 Boston nearly won Game 3 of the series against Milwaukee, but now they are the underdog, so the Celtics need to win on the road anyway. Will the Celtics recover from the upset loss?

The main problem for the reigning NBA champions in the playoffs has been an injury of Khris Middleton: one of the Bucks' offensive leaders likely won't make it to the floor in the series with Boston. Mike Budenholzer is trying to find the optimal combination. In the last 2 games the coach fielded different starting five. In Game 3 against the Celtics, Giannis Antetokounmpo moved up to the No. 4 position, Bobby Portis sat on the bench and Grayson Allen came in from the starting lineup.

Perhaps Middleton's absence was the main reason Milwaukee's long-range shooting slumped. This postseason, the Bucks are just 11th in field-goal percentage (34.8%) and the average number of attempts made has plummeted. They are not at the top of the league in most statistical metrics. The good news is that the team defends cleanly and rarely fouls: only Chicago has had fewer fouls.

Milwaukee has won 7 of the last 10 games. In their meeting with Boston, Mike Budenholzer's squad took a 103-101 lead. Giannis Antetokounmpo finally found his style and converted more than half of his shots: he earned 42 points and 8 assists. At the same time, the Bucks shot just 9 three-pointers on 34 attempts, while his two-point shooting left a lot to be desired. Giannis did not let his teammates down this time.

The Celtics have reduced their playoff rotation to eight men, with the team focusing on defense. The only thing missing from Boston's defensive lineup is Peyton Pritchard, who has been unreliable in his own half since he entered the league. The Celts have experimented with their roster throughout the postseason, dropping Marcus Smart for one game and missing Robert Williams for several games against Brooklyn due to injury. Time Lord was seemingly irreplaceable during the regular season, but now Grant Williams is increasingly in the rotation. He helped Boston win in Game 2, holding off Giannis. In addition, Grant has been hitting well from beyond the arc in certain games, and he is currently the club's leading scorer along with Al Horford.

Jason Tatum was a bust last night against the Bucks, and that was one of the main reasons the Celtics lost. Tatum made only 4 of 19 shots on the night, but he was guarded very tightly. The defense slumped badly under the basket and at one point Ime Udoka allowed Daniel Theis, but the German big man did not manage to spend more than 3 minutes on the floor. Marcus Smart again had no shot from beyond the arc and neither did Grant Williams, while Jaylen Brown again played a key role on offense. He gained 27 points.

The Celtics depend a lot on the home court, and last week's game against Milwaukee proved that. Boston couldn't find a way to handle Giannis, and the Greek forward became more assertive and aggressive. The Celtics played good defense at the arc, but even without Khris Middleton the visitors could make at least 35% of their three-pointers. Once the home team gets going from beyond the arc, their scoring output should improve. That said, Boston knows how to learn from their mistakes, and the coaching staff will try to draw attention away from Tatum. The regular season has shown that these teams can play spectacular basketball, and that the total will finally be reached.