Milwaukee vs Boston Prediction: the Opponents to Play Defensively 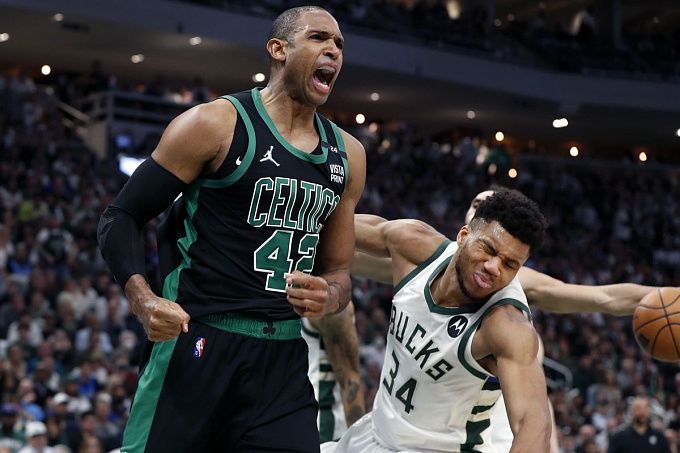 After a devastating home loss to Milwaukee, Boston needs an away revenge to advance to the Eastern Conference Finals. Can the Celtics do that? Check the teams' conditions! Several betting options are available.

The Bucks have won 7 of 10 playoff games, with the series with Boston being successful without Khris Middleton. Successful only in terms of results, because there are still enough playing problems. Jrue Holiday has to make 25-30 shots, and the realization is slowing down a lot. Grayson Allen looks a bit weak, Brook Lopez is barely noticeable at times, and Bobby Portis is the best of the role players so far. Fortunately Giannis Antetokounmpo has found his style, and in the 3 previous games he earned at least 30 points.

Last game Giannis made 16 of 27 shots from the field being responsible for Milwaukee's 110-107 win over Boston. In the end, Holiday and Adetokumbo made one important three-pointer each and the team showed solid defense under the basket. The Bucks made another clean sweep: Mike Budenholzer's squad grabbed 17 offensive rebounds.

The Celtics have fought Milwaukee in every game. In their last two losses, they have come up just a little short of winning. For example, Al Horford scored just a split second later than the buzzer. That could have put Game 3 into overtime. The day before, the Celtics squandered an 11-point lead with just 5 minutes. Jason Tatum continues to be unstable, frequently missing even open three-pointers, although he did make a few important and difficult attempts. Jaylen Brown has been more effective of late and Al Horford has been a big part of Boston's winning ways. Only Robert Williams is injured and his participation is questionable.

Milwaukee knows how to step up on defense when they need to, and they'll have an easier time at home than at TD Garden. Right at the end of last week's game, the Bucks were packing the paint, and Boston was having trouble on offense. The Celtics have little to lose, and they'll go all out on offense and defense. Al Horford is doing a great job against Giannis, and they could use some help right now from either Grant Williams or Robert Williams, who should be back on the roster. All in all, it is reasonable to expect a very tense and not the most entertaining match.