Toronto vs Cleveland Prediction: Betting on the Cavaliers 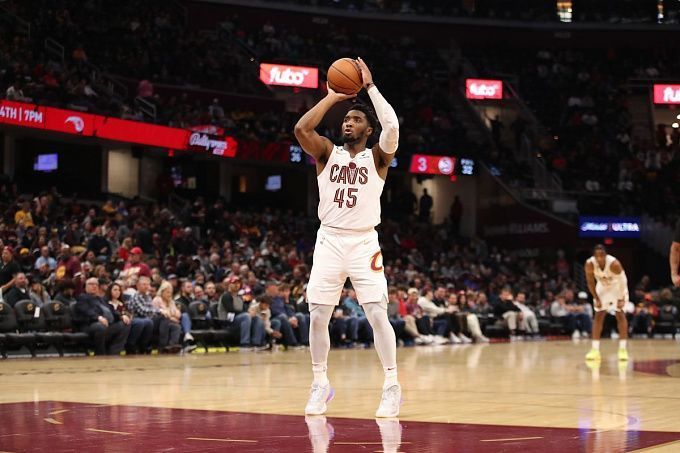 Toronto will play at home against Cleveland in another NBA regular season game. For the last 4 years the Cavaliers defeated the Raptors only once on the road, will the visitors correct the statistics of personal meetings?

The Raptors retained their core of players. The club pins most of their hopes on Scottie Barnes's progress, which would also allow the team to perform better. True, it's still presumptuous to expect him to be in his 2nd year in the league: Barnes needs more time to develop his skills. Pascal Siakam, who looked very good in the 2nd half of last year's regular season, will likely be the first option on offense. Fred VanVleet can't boast efficiency, but his playmaking skills and long-range shooting make him a near-star player. One of Toronto's top recruits, Otto Porter, will not play in the opening game because of injury, and the participation of Chris Boucher and Khem Burch is questionable.

Nick Nurse's team won 3 of 5 preseason games, losing to Chicago and Houston. In games against Boston, it came down to overtime twice, and Toronto was more vital in both cases. In their last meeting, the Canadians won 137-134, and at the decisive moment, the Raptors were helped by offensive rebounds. Six Toronto basketball players scored 12+ points, but only three made at least 50% of their shots from the field. Christian Koloko made 6 of 6, and Scottie Barnes and OG Anunoby combined for 57 points. Pascal Siakam, by the way, wasn't on the floor at the time.

The trade of Donovan Mitchell was one of the critical trades of the offseason, and many are already calling Cleveland a championship contender. The Cavaliers now have three All-Star players on the roster, and Evan Mobley could join that group and become the fourth. If Jarrett Allen and Darius Garland continue to progress, the Cavs could make some noise, although the team has not impressed so far in the preseason, with only one win in 4 games. There are questions about Cleveland's bench, as Ricky Rubio is still injured, Raul Neto and Cedi Osman doesn't match the level. In addition to Rubio, Mamadi Diakite and Dylan Windler are in the infirmary and will not play against Toronto.

Last preseason game J.B. Bickerstaff's wards lost on the road to Orlando - 108:114. Mitchell, Garland, and Allen were absent, while Evan Mobley had just returned from injury. The Cavaliers were a total loser on the court, allowing their opponent to grab 17 offensive rebounds, and even 43.3% of their three-point attempts were not enough to make up for their shortcomings. Mamadi Diakite and Caris LeVert were the best shooting from beyond the arc, and Isaac Okoro was the highest scorer for Cleveland with 17 points.

The Cavaliers defeated Toronto three times last season, even though Mitchell wasn't on the team yet and there were plenty of roster problems during the regular season. The visitors looked decent in the preseason. Cleveland lacked quite a bit to beat Philadelphia in one game and the meeting with Orlando is difficult to take seriously without their trio of leaders. The Raptors have not had the best start to the season in recent years. Toronto has struggled in each of their last four games, so it's hard to see the home team as a favorite.