Russia vs Latvia: The Russian boys to win gold at the Olympics! 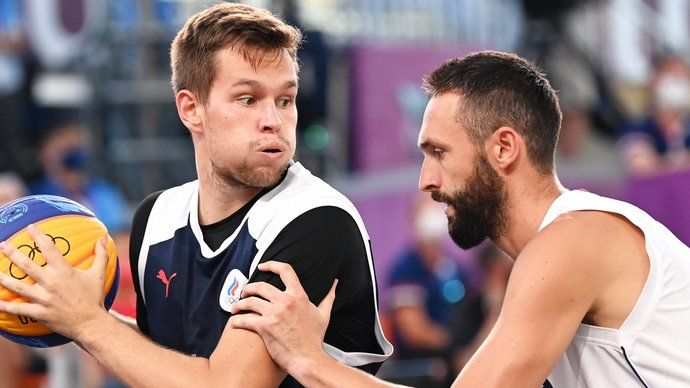 The Russian team had a crazy semi-final! The Russians demolished the best team of the Olympic tournament, Serbia. The score of 22:10 fully reflects what was happening on the court. You couldn’t have recognized the favourite. Well, they had nothing to lose now.

Russia have done the impossible!

The Russians have crushed their semi-final opponent 22-10. And that opponent was the Serbian team, the main favourite of the Olympic tournament. That team had not lost a single match in the group stage, including beating Russia in the final round. The Serbs lost once but at the most crucial moment. The Russians, on the other hand, after starting with three defeats in four games, won when they needed to.

Latvia are in the final after all

As in the group stage, the semi-final duel with Belgium was very tough for the Latvians. The Belgians kept their opponents at bay for much of the match, but Latvia showed their quality even so. An experienced Latvian team made it to the final, after all!

Russia outplayed Latvia in the group stage match. This game was a key one for the Russian national team. Who knows, had the Russian team not beaten the Latvians then, they would have made the playoffs at all.

The Russian national team at this Olympics does not get tired of surprising. After an unsuccessful start and three defeats in the first two-game days, the Russians have only victories. What the Russian team did against the Serbs, the best team in the world, in the semi-finals leaves no doubt at all. Let’s bet on the Russian boys’ victory and wish them good luck in the fight for gold!