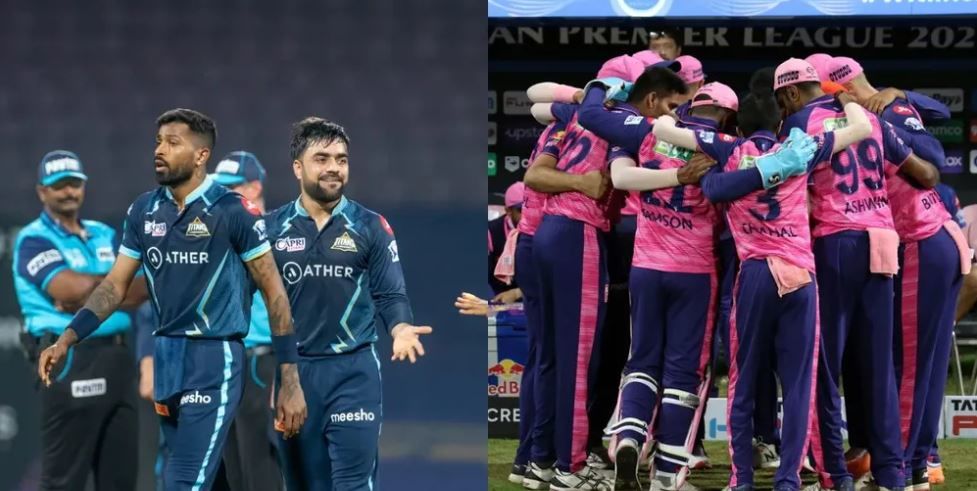 The playoffs of the 15th edition of IPL will begin with a Qualifier between Gujarat and Rajasthan. The winning team will go into the finals directly. Who will run the show and get to the golden ticket?

Gujarat has amazed everyone with its consistency and team effort. They finished the group stages as table toppers and have come so far in their maiden IPL tournament. Hardik has improved over the season with his consistency after being the captain. He has also come into the groove with his batting and bowling. They are however coming after a loss against a motivated Royal Challengers Bangalore side but they played their second team as they already qualified for the playoffs. In the qualifier, Lockie Fergeson is expected to bowl more than 1 over and even be replaced by Alzarri Joseph. Rashid Khan's googly will be important on this Eden garden wicket.

Rajasthan Royals were able to win against CSK from a very difficult position in the last game. In the tournament, they have done well with their bowling and the pitch being a historically spin-friendly pitch the dynamic duo of Ashwin and Chahal will be the center of attention. Jos Butler needs to come in the form to give Rajasthan a good start as he has done at the start of the IPL. Sanju Samson also needs to play sensibly to have any hope of finals.

A spin-friendly pitch and both the teams have quality spinners at their disposal. The team winning the toss will be looking to bat first and assess the pitch. We are expecting Rajasthan to do well in this game and the score to be between 160-170 batting first.