Nepal vs. Papua New Guinea: A clear win for Nepal, or will P.N.G have their first win? 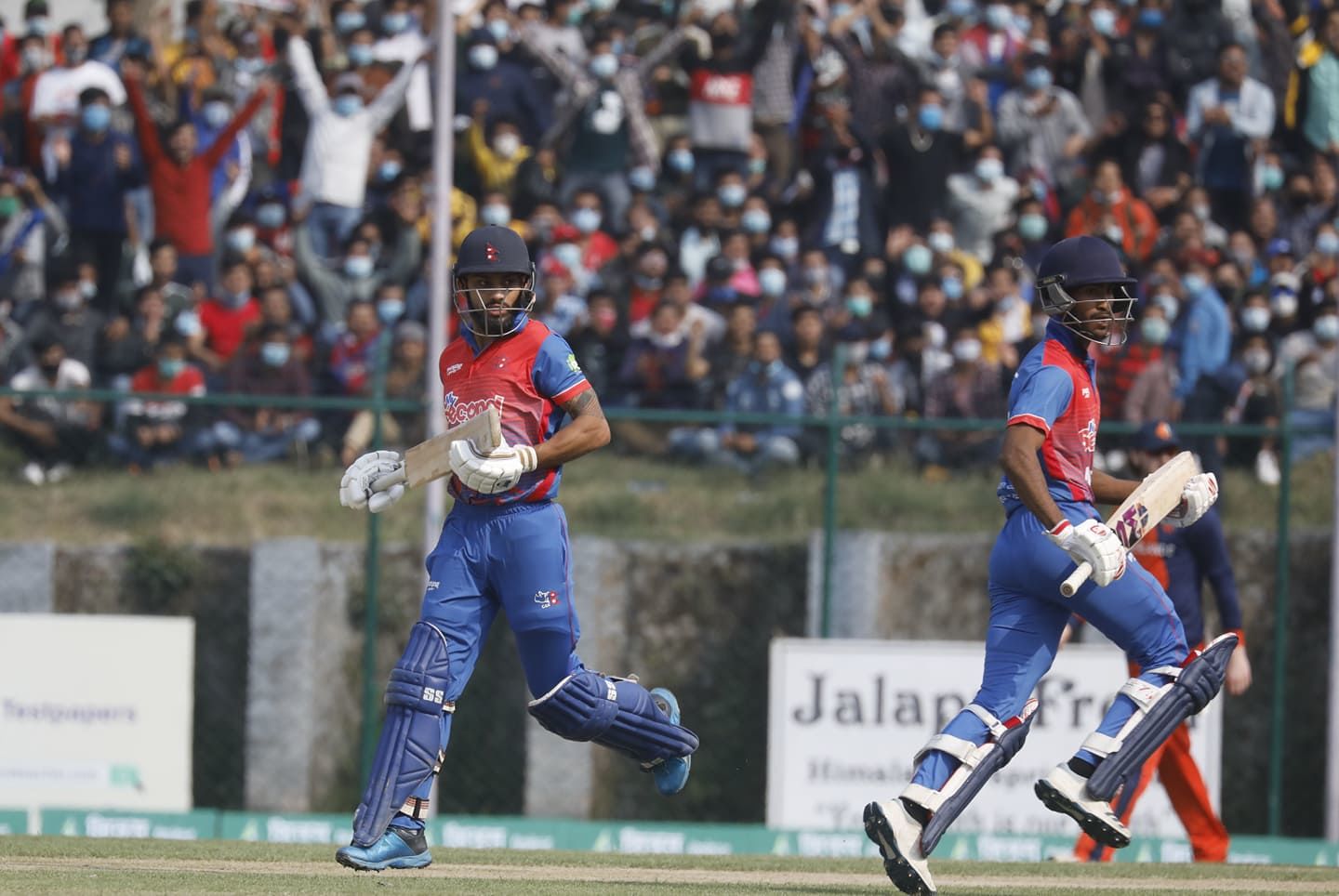 The 68th match of the ICC Men’s Cricket World Cup League 2 will be played between Nepal and Papua New Guinea (P.N.G) at Sharjah Cricket Association Stadium on March 16, 2022.

Currently, Nepal stands one rank higher than Papua New Guinea. It is placed at rank six, having played eight matches and won four, leading to a total point accumulation of 8.

On the other hand, P.N.G has lost all twelve of the matches it has played, leading to zero points on the board and the last rank on the current standings.

Is Nepal the underdog?

Nepal might as well be the underdogs of the team! They were once able to beat the current chart-toppers, Oman, on September 19 2021, for the ICC Men’s Cricket World Cup League 2. The 41st match of the series witnessed Nepal achieve the required targeted 122 runs at a loss of three wickets. They were able to finish the match with a whopping 190 balls still in hand.

Nepal’s Karan KC was crowned as the man of the match after he managed to take four wickets in eight overs. Gyanendra Malla had also played well by making 52 runs off of 46 balls. The match added much-needed two points to Nepal’s total score.

While the team still ranks sixth on the charts, the match was a piece of evidence that, on the right day, Nepal has the power to upset any match, regardless of who they are playing.

Apart from the fact that Papua New Guinea has failed to win a single match in the League, another damning factor is that the team has not won any recent matches against Nepal either.

The last time the two teams clashed was in September 2021, when the Nepal v Papua New Guinea ODI Series was played at Al Amerat.

Nepal succeeded in winning the first ODI match with two wickets still in hand and 63 balls still remaining. P.N.G had given them a target of merely 134. Sandeep Lamichhhane became the man of the match after taking four wickets at the expense of 35 runs.

The second ODI match between the two players was even more brutal on P.N.G. The match, played on 10 September 2021, was won by Nepal by a staggering 151 runs. While Nepal was able to put up a score of 233 on the board, they were also able to restrict P.N.G to merely 82 runs before bowling them all out!

Considering the current performance of the two teams, along with the outcome of their last clashes, it is highly probable that Nepal will emerge as the winner in Wednesday’s ODI battle, albeit it being a close call if Papua New Guinea brings their A-game to the match.