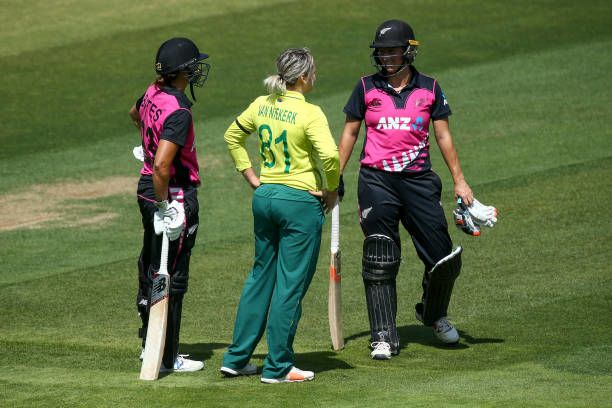 With ICC Women’s Cricket World Cup entering its most crucial stages, teams are eying to grab maximum winning points and consolidate their standings on the points table. With Bangladesh and Pakistan almost out of the competition, New Zealand would be fancying their chances to achieve the most out of their remaining games. South Africans have been phenomenal throughout the league stages and are looking like a well-gelled and equipped side. The upcoming fixture between the hosts, New Zealand and South Africa, would be a thriller of a game, as both sides would be looking to win the game and move one position up in the points table.

Though the Kiwis are playing at home, they haven’t replicated such impressive performances as we have seen by Australian and South African women. New Zealand is standing 4th in the points table, with two wins in 4 games. After a poor start in the competition, New Zealand came back strong against India and Bangladesh. On a tough batting wicket, New Zealand chased down the target of 144 at the loss of one wicket insider 20 overs. After that, New Zealand bowlers did the job against India, successfully defending a par score of 260 in 50 0vers. The 62 runs victory against India would certainly add confidence to New Zealand’s campaign in the ongoing tournament. New Zealand depends upon Amy Satterthwaite, Amelia Ker, and Katey Martin in their batting department.

In the ongoing World Cup campaign, South Africa has certainly grasped the attention of analysts and authorities. South African women’s teams have been unstoppable as they look to continue their dream run and displace Australia from the number 1 spot in the points table. With three terrific wins in 3 games, South Africa is the new favorite in the market. In their last game against Pakistan, they pulled off a thrilling win, winning by a fraction of the margin of 6 runs. Before that, they have won against Bangladesh and England. Their upcoming game against New Zealand would be a decider, which might take them to the next stage of the tournament.

The winning momentum is certainly favoring South Africa as they look to the face of New Zealand, the hots in the upcoming fixture. It would be a tricky game for both sides; however, South Africa would be depending on their main top-order batsmen who look to continue playing with positivity.