West Indies vs South Africa 2nd Test: Are the Proteas back to their best? 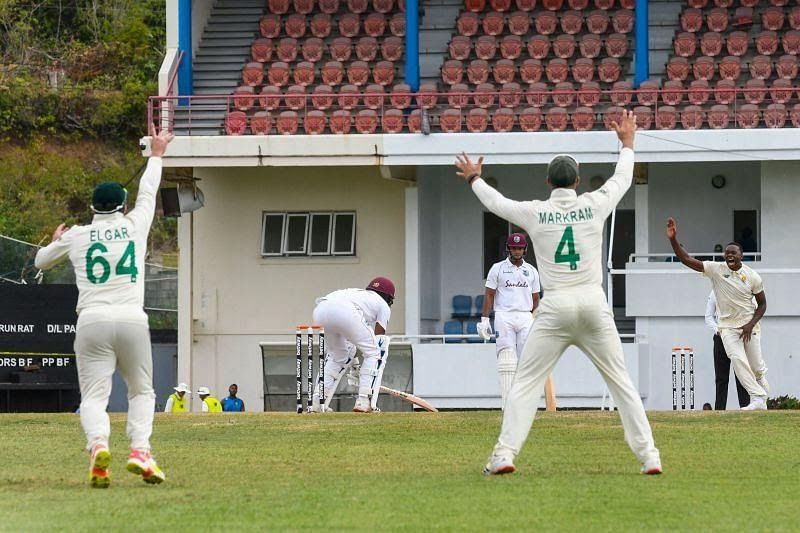 While the World Test Championship takes place in full swing in England, the West Indies and South Africa lock horns in the Caribbean in what is set to be an important Test match for both sides. The two cricketing giants have endured periods of transitions over the past few years and will want to prove a point in this Test series.

The West Indies have shown tremendous improvement over the past year but their new-look team failed to stand up to the Proteas’ bowling attack in the first Test match. The likes of Kraigg Brathwaite and Kyle Mayers failed to make big scores last week and will need to take it up a notch against South Africa.

Roston Chase and Jaydon Seales produced gritty and impressive displays for the West Indies and will have to play key roles yet again in this match. The West Indies are perfectly capable of punching above their weight but have their work cut out for them this weekend.

South Africa have endured a difficult few months but took a massive step towards their peak with an exceptional performance in the first Test match. The Proteas have finally done justice to their incredible potential and their form is an ominous sign for the West Indies.

Anrich Nortje, Lungi Ngidi, and Kagiso Rabada took turns running through the Windies’ line-up last week and have begun to work as a formidable pack. Freed from the burden of captaincy, Quinton de Kock scored a sensational century in the first Test and will look to add a few more runs to his tally in this match.

Despite the West Indies’ distinct home advantage, South Africa remain more than twice as likely to win this Test match based on current form. The Proteas have been prolific in this series so far and Quinton de Kock may well be in for yet another Man of the Match award if he manages to replicate his heroics. The West Indies have some promising talents in their ranks but are unlikely to win this game.


Author: Aditya Hosangadi
Tags:
Rating:
0
Comments
No Comments Yet! Be the first to share what you think!