MOUZ vs Liquid Prediction: Americans to Show the Decent Playing 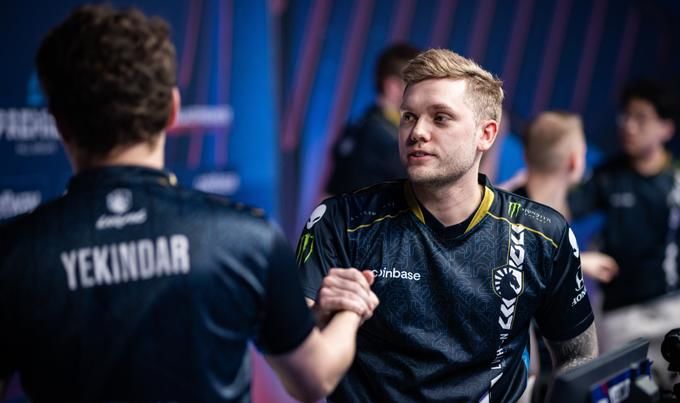 Liquid, which failed to take first place in the group, successfully passed through the first round, ready for battle. As for MOUZ, they waited long enough for their opponents. Whether such a long rest did the team any good, we'll know very soon.

MOUZ team last year changed the lineup very often, almost after each tournament. Now it was the turn of Bymas who was replaced by the academy player as well. The MOUZ academy roster is very good and has been ranked above the main roster for a while, so integrating players into the core seems logical. Well, we can safely talk about a fully operational and well-organized academy, but not the stability of the main roster.

This tournament MOUZ is doing quite well. The team is happy to play together and is focused on the result. In the group stage they made it clear to all teams that they will not just give up and picked up four wins. Now they are in the top 8 of this tournament. However, as motivated as MOUZ is, they are just as inexperienced. frozen is the only player in the squad who has the necessary amount of experience to perform at this level.

Against the Liquid, the European squad will have some advantage in the mappool. The strongest card is mirage, and the overpass card without losses in the MOUZ stats.

The last change in the lineup was the arrival of Dorian xertioN Berman.

Best hltv rating was 5th in the world. Currently it is 5th place.

Liquid: to Overwhelm with Experience

Liquid, like many others, underwent a vast lineup change at the end of last year. On their local scene, they showed themselves very well and established their game as the strong one. However, playing European CS didn't work out for them right away. A series of defeats and a revelation of an intense lag from the European market led the team to the decision to replace a coach whose game vision would be different from Liquid's usual «run-and-gun» style. And now, under the new coach, daps, the team has begun to move in a better direction. On the field of Players Break, they were confident in one of the tournaments of the BLAST series, where the higher echelon teams played, and here they are in the playoffs of the EPL.

In this tournament, the Liquid team is not very confident. They managed to make the playoffs, sensationally beating the favorites Cloud9. But an unnecessary loss to Eternal Fire almost ruined their chances of continuing. There should be no doubt in the individual skills of most of the players, but oSee proved to be a volatile player in recent matches. Nevertheless, where oSee didn't finish the game, his teammates took over, which suggests good team synergy. Also worth noting is YEKINDAR, who got great form and won several solo matches for his team.

Against MOUZ, the Liquid has the advantage of experience, likely to be the deciding factor in this encounter. Also, unlike in the group stage, there is already plenty of MOUZ material to prepare for.

The last change in the lineup was the arrival of Damian daps Steele as head coach. Mareks YEKINDAR Gaļinskis has been helping the team as a stand-in for over two months.

The best rating according to hltv - 1st place in the world, the 3rd place at the moment.

The best map is Mirage, with a win rate of 83% after six maps played.