Entity Gaming vs Alliance Prediction: Entity to Win with Confidence 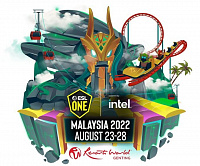 On August 23, Entity Gaming and Alliance will play their opening match in the group stage of ESL One Malaysia 2022. Which of the teams will be stronger, we will find out very soon. The meeting is scheduled to start at 07:00.

Entity Gaming had a great showing at the PGL Arlington Major 2022. The team played with substitutions and had to rebuild their game and act without a hard-carry. Despite all the difficulties, the team coped, taking fifth or sixth place. Perhaps with the full Entity Gaming squad, they could have made it even further. At ESL One Malaysia 2022, the Europeans will come with Pure and their old strategies that allowed the teams to make it to the majors. The full Entity Gaming squad should be even stronger and easily deal with Alliance, which has been scoring horribly in the last year. It's hard to believe that Entity Gaming will lose to Alliance after beating Evil Geniuses, BOOM Esports.

Alliance: What's to be Shown?

Alliance had a terrible showing on Dota Pro Circuit 2021/22. The team finished in last place in the group without winning a single match. They failed to take even one map and looked much weaker than the other members of the first division. The team was joined by Limitless and Dukalis. It is not clear yet whether these changes will benefit, but the squad does not look like a contender for something serious. Alliance can give it everything they've got in Malaysia. The chance that the team will qualify for The International is minimal. Too strong opponents will confront Nikobaby and Co. True, the team's recent results have ruined so much faith in the guys that even in such an average tournament, we don't believe in them. It's unlikely that Limitless and Dukalis will change anything.

Entity Gaming is the favorite for the match. The team should have no problem beating their opponent. Substitutions in the Alliance lineup are not impressive and are unlikely to have any effect.