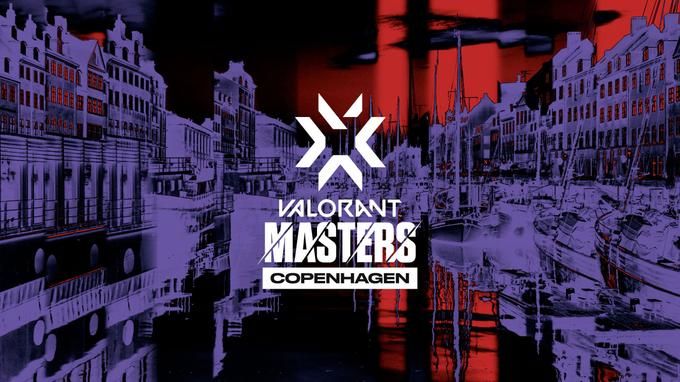 Sunday, July 24, will be the third round of the VCT Stage 2: Masters Copenhagen. In this clash, the Singaporeans from Paper Rex and Europeans from FunPlus Phoenix will clash.

Paper Rex: the Main Favorite of the Tournament

This tournament started very confidently for Paper Rex. Due to the fact that the guys won the regional qualifications, they immediately got into the playoff stage, where they began to surprise their opponents. The first to have their head bitten off was Guild Esports, who lost the first map, but got engaged in the second one. Going into the 11-9 score, Guild Esports gave up a comeback, bringing the second card first to extra rounds and then losing 14-12, thereby falling to the bottom. Paper Rex's next opponents were Fnatic. Most people were convinced that the European team would easily beat Paper Rex, but when the Singaporeans won the match 2-0 on cards, that's when people started to pay attention to them. Having made it to the final of the top draw, Paper Rex met with OpTic Gaming. This was the first match with the audience, which really energized the Singaporeans. Having defeated the American team on their choice, Paper Rex relaxed a bit, giving away their card, but on the third card there were no more mistakes. Due to the fact that Paper Rex entered the grand final through the top grid, they had more time to prepare for their opponents, which could also make a difference.

We have seen Paper Rex on the international stage several times. The first time was at Masters: Berlin, when the Singaporeans finished 13-16th after being the very first to drop out of the group stage. The next time was at Masters: Reykjavík this year. Then the team got straight into the playoff stage, but started the tournament rather poorly. Having lost in the starting match against DRX, Paper Rex made it to the third round through the bottom net where they were stopped by ZETA DIVISION and took the 4th place at that tournament.

Paper Rex is a cybersports organization from Southeast Asia based in Singapore. It was founded in January 2020 by legendary Counter-Strike player Harley "dsn" Orwall, along with CSGO2ASIA founder and editor-in-chief Nikhil "nikH" Khatiramani. Before the Valorant Champions Tour, Paper Rex didn't show much results, but when the VCT season began, the team immediately started making it to the final stages of qualifying from Southeast Asia. After finishing third in qualifying for the first Masters tournament, Paper Rex improved and advanced to the Masters Berlin, but only from second place. Lacking a result there, the organization was short of VCT points for a direct invitational at the Valorant Champions. Trying to get through the Last Chance Qualifier, the guys finished 5th-6th, ending the Valorant Champions Tour season for themselves in 2021. That all changed in the new year. The organization took first place at the regional qualifiers, making it to Masters: Reykjavík, where they performed very well. After beating The Guard and G2 Esports, Paper Rex finished fourth at that tournament, showing a great performance compared to Berlin. At the second Masters the guys also went from first place, which gives the organization a lot of confidence before the Valorant Champions, where the organization is sure to get an invitation.

FunPlus Phoenix: the Organization is now at the Peak Form

In the opening match FunPlus Phoenix met with XERXIA Esports, where they claimed an important hard-fought victory, 2-1 on the cards. In the match against DRX, things started out pretty briskly for FunPlus Phoenix. With a win on their opponent's pick, all that was left to do was pick up one card out of two to advance to the playoffs from first place. Unfortunately, the team was just short of SUYGETSU, who had yet to figure out a visa to Denmark for this match. After losing 2-1, FunPlus Phoenix had no problem beating NORTHEPTION 2-0 in the bottom set, thus advancing to the playoff stage from second place in the group. The playoff stage itself started with another European derby. FunPlus Phoenix faced Fnatic, who went straight into the playoff stage after finishing in first place in the regional qualifiers. FPX had a huge chance to win the first map, but the guys let their game go after the change of sides, and didn't show anything on the second map. In the bottom grid FunPlus Phoenix met with Guild Esports, but that is not the most important thing. It was in this match that we saw SUYGETSU make his debut on the international stage, as he was able to make a visa, after which he immediately flew to Copenhagen. Everything but FunPlus Phoenix's Breeze card looks good, and SUYGETSU in the lineup adds to FPX's signature style of play. In the match, against DRX, we saw some great work on mistakes. The guys first banged up the Breeze card, but they also prepared their own picks. In the end, also SUYGETSU got used to playing in the arena, so FunPlus Phoenix without much trouble defeated DRX 2-0 on cards, thus advancing to the third round of the lower net. Yesterday the guys met with the most comprehensible opponent for themselves - Fnatic. In the second round alone, these teams met each other four times. However, on the fifth attempt FunPlus Phoenix managed to win, and what a victory. Having beaten their opponents 2-1 on cards, FPX advanced to the final of the lower net, where they met with OpTic Gaming in Bo5 format the next day. Taking the first card wasn't bad, but when FunPlus Phoenix beat Icebox, who didn't play too well in that tournament, the outcome of the match was already clear. Having beaten 3-1 on the cards, FPX advanced to the grand final, where they could take the trophy from the first.

This is the first time we see this team on the international stage, but since the qualifications for the Masters Reykjavík 2021 they have shown that they are worthy to enter the international arena. FPX looked very different in 2022. The organization immediately began to dominate the European region, but missed this year's Masters Reykjavík because of the visa issues. And only on the fourth attempt we saw them at the Masters, but also with problems. SUYGETSU has visa problems at the moment. A lot of people say that Dmitry will come to the playoff stage, so at the moment the guys are playing with a substitute, SEIDER, who plays for Alliance in the Valorant Regional League Northern Europe: Polaris (Alliance did not win a single match in the last Split VRL NE: Polaris).

For FunPlus Phoenix, the Valorant Champions Tour 2021 season ended back in August. Defeat from Forze ruined all chances of FPX even to participate in the Last Chance Qualifier, but the organization did not grieve for a long time. After signing SUYGETSU at the beginning of October, new training and testing had begun. Finally, in early December the invitation of ardiis put an end to the roster issues. ANGE1 and company decided to start the VCT 2022 season on the sly. This squad has enough players to participate in both EU and CIS qualifications. As a result, FunPlus Phoenix took the easy road, participating in CIS qualifications, where they passed from the first week without any problems. Phoenix started the first week of EMEA Challengers with a win, against BIG. The teams traded spades on the first maps, but then the real battle began on the decisive map. In the end with the score 13:11 on the third card and 2:1 in the match FunPlus Phoenix won and got their first victory in the group stage. In the match against Gambit Esports this team was able to make the breakthrough, which has long been missing, winning in a close meeting with a score of 2-1. After a long break in the matches, it became known that baddyG would replace ANGE1, who at the moment could not play. The opening match against Team Liquid was as easy as possible, winning 2-0 on maps. Against LDN UTD things didn't go well, losing 2-1, and in the match against Natus Vincere we saw a great comeback from 1-0 on maps. Further baddyG changed other players, but it didn't matter, because even with these substitutions FunPlus Phoenix took the first place in this tournament, losing in the playoffs only one card (It happened in the grand final, against G2 Esports. At that time, the FunPlus Phoenix won 3-1). And now we were getting ready to see FunPlus Phoenix in the first international tournament of the year, but most of the squad couldn't get visas to Iceland, so the organization gave up their slot, giving it to Tem Liquid. By the way, Riot Games went along with FunPlus Phoenix and gave them VCT points for the 8th playoff spot, as FPX was definitely going to the playoff stage. At this point, FunPlus Phoenix are hungry for wins and ready to win this tournament again. The group stage was pretty successful for FPX. Finishing third in the group, the guys made the playoffs. In the first round FunPlus Phoenix beat Team Liquid, but in their first chance to qualify for the Masters, the guys lost to Fnatic. Falling into the bottom net, FunPlus Phoenix were able to win Acend 2-1, thus getting back into the match, for Masters passage. The meeting against M3 Champions was tense. Only on the third card FPX were able to prove they were ready to participate in the world championship, defeating their opponents 2-1. The bottom grid final came out much easier. Guild Esports could do nothing, losing 3-0 on the cards. In the grand final, FunPlus Phoenix could do nothing, losing to Fnatic 3-0.