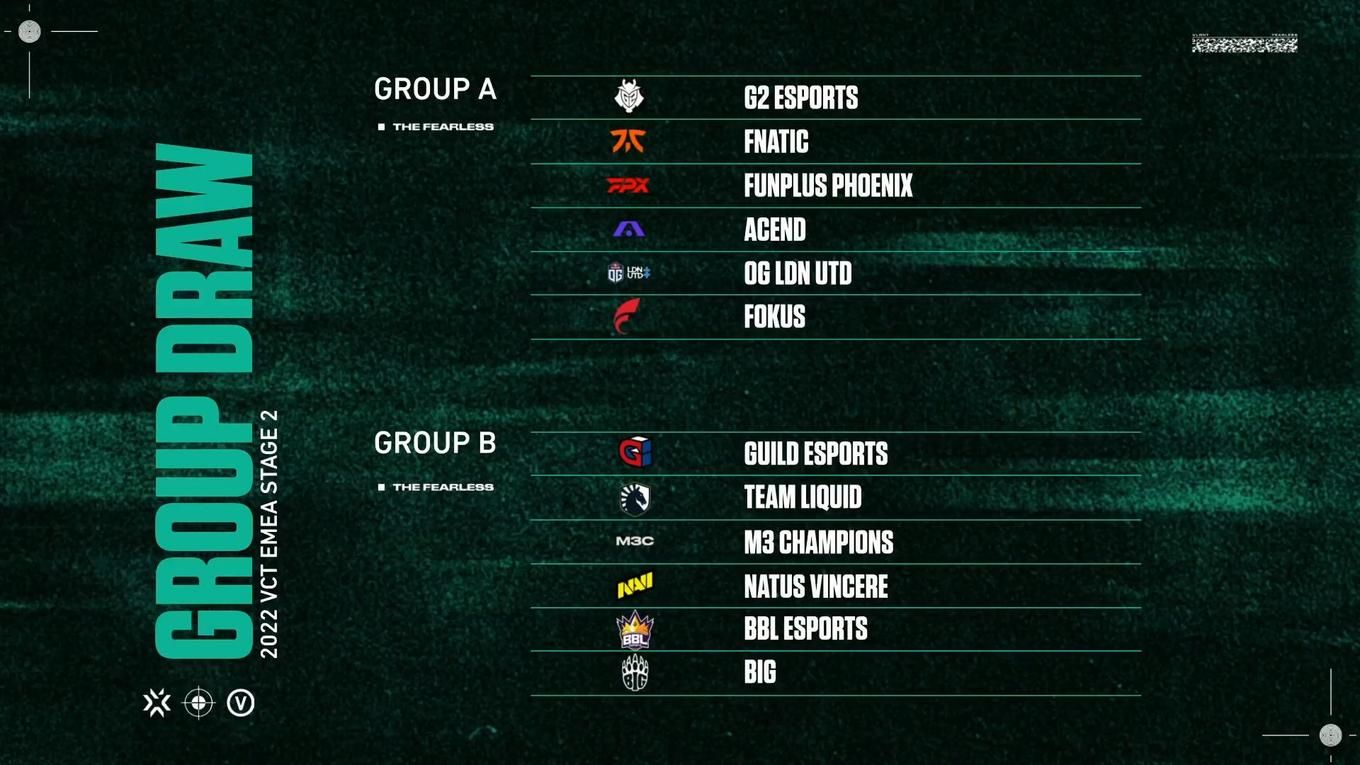 On Friday, May 27, the first match in Week 3 of VCT Stage 2: EMEA Challengers will take place. In this clash, Team Liquid and Guild Esports will take on each other.

Last season was a great season for Team Liquid on the Valorant Champions Tour. They finished 4th at Masters Reykjavik but suffered a disappointing loss to Gambit Esports, just one step away from qualifying for Masters Berlin. Team Liquid had enough VCT points to qualify for the EMEA Last Chance, where they managed to win a slot at the Valorant Champions, finishing 3-4th there.

Team Liquid started the new season as a straightforward ticket to EMEA Challengers, so we didn't know much about their form. In their opening match, they faced Gambit Esports. Apart from beating them can not be called. On the first map, Gambit began to give their game instead of a complete defeat, and on the second map,, Team Liquid was able to earn an advantage only because of the stronger side. After switching sides, Gambit wiped them out again. It could be taken as an excuse if it was just looking out for the teams, but if that's how they set up to play, they will quickly fly past the playoffs. The match against Natus Vincere confirmed this. Team Liquid was under intense pressure in all three maps to lose map after map in a second but found the strength and pressed on instead of playing in overtime. In the match against LDN UTD, they had already seen their work on mistakes; thus the 2-0 victory added to the treasury in this tournament. Against FunPlus Phoenix, it didn't work out, and BIG was only bothered on the first map. As a result, Team Liquid was defeated only by Gambit Esports and FunPlus Phoenix, and 2-0. With less strong opponents, it was much less of a problem. The match against G2 Esports happened in the same way as with Natus Vincere. The team was perfectly prepared for their opponent, taking the first map 13:8 and leading the second, 8:4, but gave it away flat, and on the third, they didn't give G2 a chance to win. After that, Team Liquid lost the last game in the group, which meant nothing, and advanced to the playoffs. In the playoff stage itself, their first opponent was Guild Esports, whom Scream and company beat 2-0, but then a 2-0 loss to G2 Esports that dropped Team Liquid from the race for a slot at VCT Masters: Reykjavík. So the boys had already started to prepare for the next stage of EMEA. However, the news came out that FunPlus Phoenix could not go to the Masters. Team Liquid went instead of them, as they took 4th place. Having made it to Masters Reykjavík, the European team easily made it through the group stage, beating XERIA Esports and KRU Esports. Having made it to the playoff stage, Team Liquid fell into a trap. The Brazilians from LOUD beat the European side 2-1 on the maps, and in the lower bracket, the Japanese from ZETA DIVISION sent Team Liquid straight home.

After failing to produce the superb result expected of Team Liquid, the boys began their preparations for the next stage of EMEA. The group is one of the easy ones for them, with only M3 Champions posing a problem. In the first match, Team Liquid played against BIG, with whom they had already met in the last stage of EMEA. With a 2-0 score on the maps, Team Liquid easily took the first meeting for themselves. Week 2 saw ScreaM and company defeat BBL Esports 2-0 on the maps. Team Liquid will face Guild Esports this week, who also go undefeated in the tournament, having defeated M3 Champions in the first week. This match may be a challenge for the guys, but they should win without any problems.

Guild Esports: A good start to the tournament

The Guild Esports journey throughout the Valorant Champions Tour has been too close to major tournaments, but they have always been stopped in their final moments. The toughest defeat was in the EMEA Last Chance Qualifier final, where the Swedish squad lost their last chance at the Valorant Champions. Had the organization's bosses decided to keep the squad, they would have got a direct ticket to the indoor qualifiers. Still, they took the risk and made 3 substitutions, taking koldamenta, trexx and Russ into their line-up.

This squad did not lose a single map after the first six matches of the open qualification. The maximum number of rounds their opponents were able to take was eight. On the way to the closed qualifications, Guild Esports sent home such teams as CGN Esports and Anonymo Esports. In the course of the already closed qualifications, the squad could only give up one map, qualifying at the upper bracket for the EMEA stage for the first time. However, in the EMEA Challengers stage itself, this squad is doing just fine. In the opening match against BBL Esports, the defeat and a tough victory against the reigning world champions Acend. The Turkish organization has already shown that they are not ready for Europe, and then there Guild is in incredible shape, but the match was close and interesting. And that's when the first bells went off in the Guild game. Next was a match against G2 Esports. Just then, this squad received the first defeat at this tournament, and the next week a less offensive but still a defeat by Fnatic sent Guild Esports to 3 place in the group. The charged squad for the playoffs met first against M3 Champions, where they lost 2-0, and in the lower bracket Team Liquid repeated the previous meeting, also beating Fnatic 2-0, thus sending Guild Esports to rest until the next round.

This time the group for Guild Esports was not too difficult, where they could resist only M3 Champions and Team Liquid. Still, in the opening match Guild Esports beat M3 Champions 2-0 on maps thereby strengthening their position in the group. In the second week, Guild met with BIG, who was able to put up a fight on the first two maps but was defeated on the third, thus giving Guild Esports a 2-1 victory. The boys will meet Team Liquid this week, who also go undefeated after two tournament weeks. Guild can try to pick up but in a very close encounter.