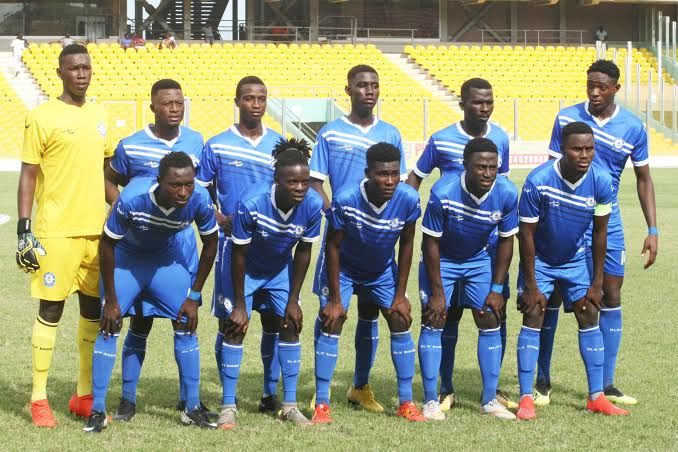 Ghana premier league resumes after the International break as Accra Great Olympics host West African Football Academy at the Ohene Djan Sports Stadium on Wednesday afternoon. The home team head into this game after a disappointing result and will hope to bounce back against the relegation bound opponent later tomorrow. Can the visiting team win away from home this time?

The Accra Great Olympics FC are back home after a shocking performance away from home against Dreams FC. They conceded five goals for the first time this season, the defence let the whole department down as the match ended in a 5-2 thrashing in the league.

Outstanding from the Great Olympics at home, where they are currently unbeaten in ten games. The home side have scored in the last seven games in front of their fans and have only failed to score in just one home match this season.

There is no better time to recover than against WAFA who have dipped in form this season. Accra Great Olympics has picked up ten points from the last five games, both home and away. That's two points per game on average.

West African Football Academy has been struggling with form this season, very awful for a team that finished third last season. They are 16th on the log and could go further down depending on Eleven Wonders FC's result later tomorrow.

WAFA stumbled on another away defeat against Legion Cities FC (2-1), they have never won away from home this season and have lost nine and drawn two in the last eleven matches.

Arriving into this game, WAFA has picked up three points from the last five games, both home and away. That's 0.6 points per game on average. WAFA has scored four times in the last five fixtures.

In the last eight meetings, WAFA FC has won three, Accra Great Olympics also won three and two have ended in a draw.

WAFA FC are so bad away from home that they have failed to win a game this season, Accra Great Olympics head into this match after a defeat and will be at their best to vent their anger on the visiting team, bet on the home team win for 1.70.

Accra are unbeaten at home this season, bet on the home team's half time win for 2.30.