Ajax vs Eintracht Prediction: The winner of the Europa League won't give up 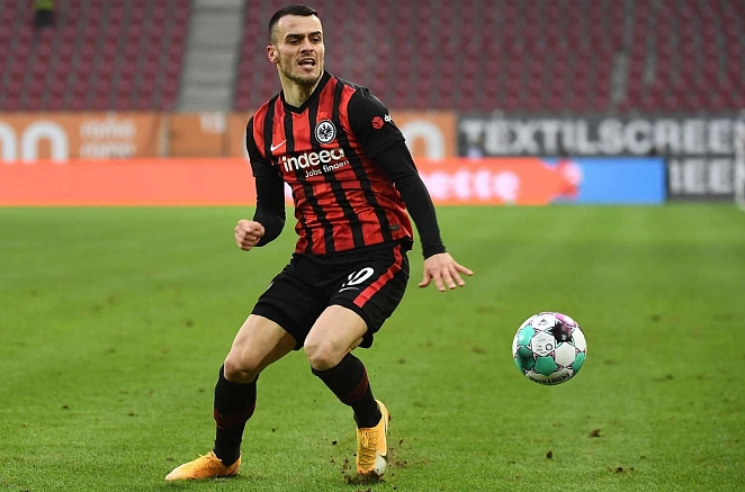 The Netherlands' Ajax will face Germany's Eintracht in another pre-season friendly on 23 July 2022. Check the team conditions and choose several betting options.

Ajax, the strongest team in the Netherlands in recent years, risked losing the league title last season but still ended up with a two-point lead over their nearest pursuer. They are without Erik ten Hag, whose name is associated with the club's recent success. The new Amsterdam manager is Alfred Schreuder. The team has already played five friendlies during the summer, beating Meppen (3:0), Lokomotiv Zagreb (3:0), Salzburg (3:2), losing (2:5) to Paderborn and drawing 1:1 with Eupen.

Eintracht is a team that is experiencing a splendid period in their history. It was better only in the 1960s, when they won their first and last German championship, followed by a final in the European Champions Cup. They won the UEFA Cup in 1980 and then repeated their triumph at the end of last season, winning the Europa League. The team beat Rangers (2:1) on penalties in the final match of the tournament, which now qualifies them for the Champions League. They have already played three friendlies in the summer, beating Aschaffenburg and Torino (1:0 and 3:1 respectively), and drawing 0:0 with LASK.

Ajax and Eintracht are two teams that have proven themselves on the international stage in recent years. In the Dutch league, the Red and Whites are the unchallenged leaders, so they are not used to the highest level of competition regularly, while in the Bundesliga, the Eagles are always up against solid opponents. Compared to last season, the team from Frankfurt hasn't become weaker; the Dutch top club is without its head coach, so Eintracht won't lose at the odds of 2.15.

Ajax and Eintracht continue their preparations for the new season, which will start soon. The teams are gradually gaining their form, so there are fewer and fewer mistakes in each match. The results are not always very high. This is especially true for the games involving the Eagles, who played three times in the summer, and there were only five goals scored in total (1.67 on average per game). On this basis, we suggest betting on the total under 3.5 goals for 1.88.

In the pre-season friendlies, the teams' primary players play from the opening minutes and show the most striking and attacking football, and after the break, coaches give the younger teams a chance to gain experience. For this reason, in the upcoming match between Ajax and Eintracht, we can expect more goal-scoring action in the first half than after the break. In such a situation, we suggest betting on the first half being more productive than the second half at odds of around 2.04.