Al Ahly vs Wydad Athletic Club Prediction: Decision to be made after full-time 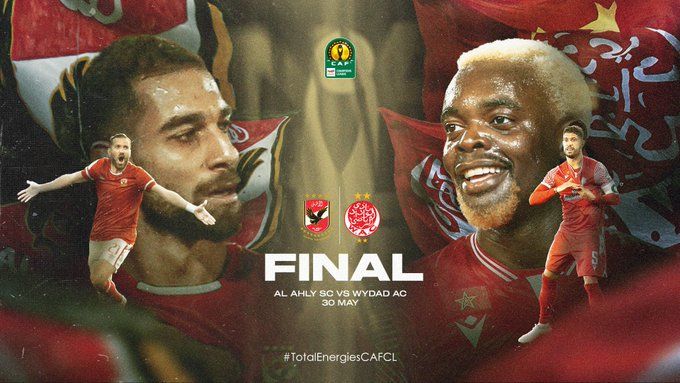 The arena is established for one of the most prestigious football events in Africa as Moroccan giants Wydad Athletic Club lock horns with Egyptian colossus at the Stade Mohammed V stadium on Monday. CAF managements have chosen Wydad Stadium for this final in what happens to be unfair to the Red Devils of Egypt, nonetheless, the visitors are the most experienced team in the history of the tournament and we expect them to show the football world what they are made of.

Al Ahly are the most successful team in the history of the tournament having won it ten times, they are appearing in the finals for the fifth time in six years and might make it three CAF Cup in three years if they win it this time.

The Red Devils didn't finish as anticipated in the group phase when they ended up in the 2nd spot with ten points and six points behind Mamelodi Sundowns who earned sixteen points in six games.

They failed to take advantage of Raja Casablanca's red card in the first leg of the quarterfinals as they defeated Raja Casablanca (2-1) in Egypt. It was indeed a bright start for Al Ahly when they struck twice in the first half and Raja managed to pull one back just before the halftime whistle. Raja's Hadoudi was shown a red card in the 59th minute for a bad foul, however, Al Ahly didn't exercise that opportunity as the match ended in a 2-1 victory for Al Ahly.

The return leg went as planned as Al Ahly drew (1-) with Raja Casablanca away from home and qualified for the semifinals on (3-2) aggregate.

The Red Devils produced a perfect result against ES Setif in the first leg of the semifinals as they scored four times to secure all the points in that encounter and share the spoils in the second leg to qualify on (6-2) aggregate.

As far as the CAF Champions League is concerned, this Al Ahly side knows what it takes to win and that experience in such a pressure fixture could prove worth its weight in gold here.

They are aiming to win both the Moroccan league and the CAF Championship this season, they are at the top of the Botola League with four points above archrival Raja Casablanca.

In the first leg of the semifinals, Wydad schooled the home team as they defeated them (1-3) to snatch all the points while they settled for a draw in the return leg when they secured the ticket to the finals on (2-4) aggregate.

Wydad Athletic are known for their aerial prowess and have scored the most set-piece goals in this competition, they are assumed as the second-best team in this tournament just behind Al Ahly.

This will be the third CAF Champions League final between Moroccan and Egyptian sides, and a repeat of the 2017 showpiece, which saw Wydad Casablanca win (2-1) over two legs (also Zamalek v Raja Casablanca in 2002).

10-time CAF Champions League/Africa Cup of Champions Clubs; Al Ahly are looking to become the first side to win the competition in three consecutive seasons, after beating Zamalek (2-1) in 2019-20 and Kaiser Chiefs in 2020-21 (3-0).

Al Ahly’s Percy Tau has been directly involved in eight goals (three goals, five assists), more than any other player in the CAF Champions League this season, while the last player with more in a single campaign was Trésor Mputu in 2018-19 (9 - four goals, five assists for TP Mazembe).

Both teams met in the final of this competition in 2017, with Wydad securing a 2-1 win in a two-legged tie. They also clashed in the semi-finals of the 2020 edition, when the 10-time champions secured a 5-1 win on aggregate.

It's hard predicting the finals, however, considering the venue and how crazy Moroccan fans are, Wydad have the upper hand here, we are backing them with a win or draw and both teams score for 3.05.

The Red Devils are stocked with experienced players who are specialists in this field, we believe they can hold off Wydad Athletic Club for full-time but will lose out on penalties.

The final decision of this game won't be made in 90 minutes, we assume they will share the spoils in full time for 2.80.

We are wishing everyone good luck!