Content
To top
1.
Al-Duhail - hoping to be dominant once again against Al Arabi
2.
Al Arabi - will Al Arabi be able to get all three points?
3.
Expert Betting Tips
Users' Choice
1755 200 USD 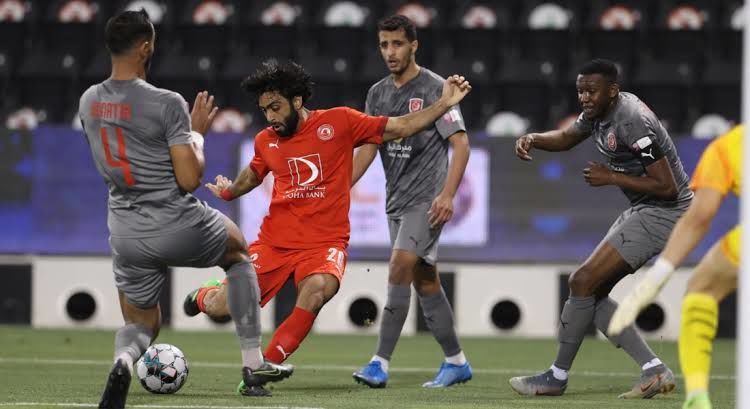 Al-Duhail will lock horns with Al Arabi in the round 2 match of the Qatar Stars League Cup. In this match, we expect a more tight result compared to their last match. More details about the match are given below. Check our expert betting tips below.

Al-Duhail - hoping to be dominant once again against Al Arabi

Al-Duhail cruised past newly promoted Al Markhiya last Tuesday with a win of 8-3. Their star man Michael Olunga had another exciting evening with a hattrick of goal. In that match, Al-Duhail had a 4-0 advantage in the first half as early as 22 minutes, thanks to goals from Doozandeh, Gannan, Madjer, and Michael Olunga. The second half was a tough one as Al Markhiya was strong compared to their first half performance. In this match, we hope that the 2021/2022 Qatar Stars League runners up will build on their win against Al Markhiya. However, it will be a tough match considering that Al Arabi will want to get revenge for their last losses against them. We still expect the host to triumph however in this match.

Al Arabi - will Al Arabi be able to get all three points?

Al Arabi will come into this match following a 1-0 win over Shamal in their last match. Late first half goal from Ali was enough to secure all three points for the visitors in that match. The visitors are currently seated 1st in the Qatar Stars league with 16 points, having won five matches, lost one to Al-Duhail and drew one against Umm-Salal. Despite losing to Al-Duhail in their last fixture of the round five match of the Qatar Stars league, we expect the Al Arabi to go into this match all for a revenge . The visitors are expected to be strong in this contest.

Al-Duhail triumphed the last five times the two teams met. In this match, we are expecting a well competitive match with no team dominating. Goals are expected to fly in, in this match. Bet on the host in addition.