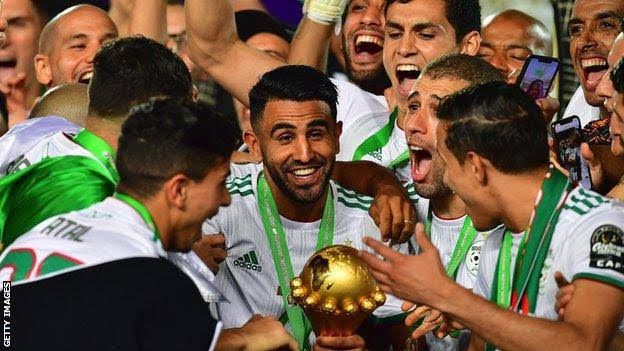 Football fans favourite to win the tournament are out to play their first game against Sierra Leone on Tuesday. Will this make it forty matches without a loss?

Ranked 29th on FIFA World ranking and 3rd placed in overall African rating, the defending champion of both the Arab cup and AFCON kick starts their quest to retain the trophy.

Coming to this match as the winner of the Arabian Cup, this team will be full of confidence. Unbeaten in 39 matches and recent win being against Ghana in a friendly match that ended in 3-0 , the Desert Foxes are well equipped for this match.

Desert Foxes have all the departments staffed with star players and they always play as a team.

After coming second in the qualifying stage behind Nigeria, they tied on points ahead of Benin with goals difference. The team qualified with seven points after conceding six and scoring six.

The highlight of their performance was against the Super Eagles of Nigeria which ended in a 4-4 draw. They were down to 0-4 at halftime but managed to pull off one of the greatest stunts in African football by returning back all the four goals in the second half and even had the opportunity to take the lead.

They have only won twice in their recent matches, drawn two and lost six during that time.

Presently ranked 108th in FIFA World ranking and 25th in Africa, nothing really spectacular about the team.

All things being equal, we expect Algeria to defeat this team, so Algeria will win but we are not sure how they are going to win.

Again, it's hard to see a low odds being allocated to an African team but at 1.10 to win, you should know it's supposed to be a disaster for the opponent.

Algeria has scored first in 10/10 of their last matches.