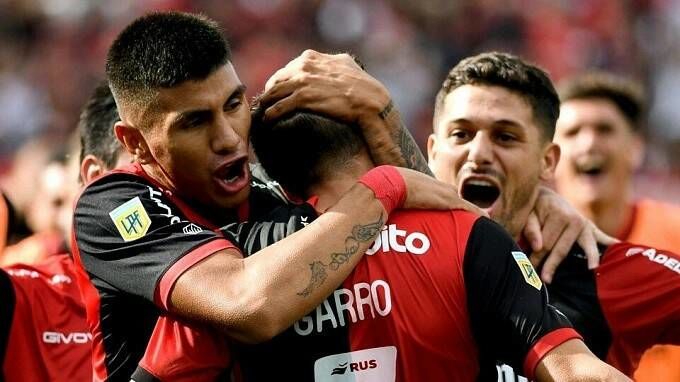 Prediction for the Liga Professional Estudiantes vs. Newell's Old Boys match, which will take place on June 26. Newell's Old Boys have picked up 3 wins in their opening 4 rounds of the Argentina championship and will now play on the road against Estudiantes. Will the Red and Blacks earn 3 points again? Who will turn out to be stronger? Check the team conditions! Several betting options are available.

Estudiantes Wouldn't Mind Going Back to the Top

Estudiantes is one of the most awarded clubs in Argentina. The team has won the Libertadores Cup four times, most recently in 2009. In Argentina, the team won the championship last time in 2010. And since then, they have not won any more trophies. Last season, Estudiantes finished the tournament in sixth place. Maybe this season, the legendary club can finally compete for the title?

The squad is off to a pretty good start. The defeat at the last matchday from Independiente (1:2) was the first for the team in the new championship. Before that, Estudiantes had two wins and one draw.

Newell's Old Boys Also Hoping to Return to the Top

The last high-profile success of the Red and Black team dates back to 2013 when Newells won the second part of the Argentine championship. Last season, they seemed to hit rock bottom, finishing the tournament in 19th place. Such a strong start by the Old Boys probably has a lot to do with the failure the year before.

In the previous matchday, the Newells defeated Argentinos Juniors 1:0. Willer Ditta scored the only goal in the 6th minute. This victory was the 3rd for the team on the season. So far, the Old Boys have no losses in the new championship.

The Old Boys had a great start to the championship, and it won't be easy to beat, even at home, Estudiantes, a team that is so prepared for the season. Perhaps, Newells has even more chances to win the upcoming game than their opponent. Prediction: Newell's Old Boys will earn the points at the end of the match against Estudiantes.