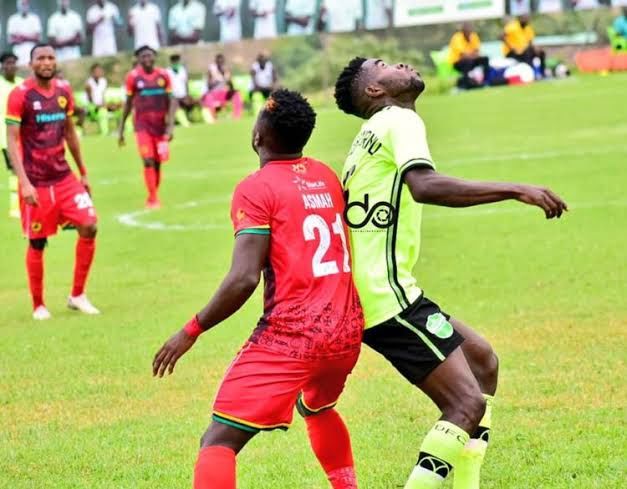 Asante Kotoko will be bidding to make it six straight home wins as they welcome Dream Fc to Baba Yara Stadium on Sunday afternoon. Dream FC on the other hand haven't won in seven tries away from home, can they pull a surprise against the league giant?

The league leader are doing impressively and are gunning for the trophy. Presently 1st on the log with thirty-seven points from seventeen matches, seven points above second-placed Bechem United.

Asante Kotoko will be optimistic about scoring against Dream FC and will look to keep up their record of scoring in every single home game this season.

Asante Kotoko have the second-best home record in the league with twenty-two points from nine matches and are up against Dream FC who haven't won in seven consecutive away matches.

Inconsistent results have kept Dream FC in 9th position with twenty-three points in seventeen matches and are five points above the relegation zone.

They lost at home to Berekum Chelsea in game week 16, Kelvin Obeng scored the only goal to seal the win for the visiting team as Kingsley Owusu was shown a red card in the 90th minute to add more salt to their injuries.

Dream FC have won just once in eight attempts, losing four and drawing three. They need to hit the ground running but Asante are not the ideal opponent to start with.

In their previous meetings, Asante Kotoko have won six matches while Dreams won once, the bookies rate Asante Kotoko high and so do we, go with a home win and over 1.5 for 1.68.

Asante Kotoko has had no trouble finding the back of the net recently and has scored in the last nine home matches, bet on over 2.5 for 2.10.