Asante vs Gold Stars: Home team to proceed with their excellent home form 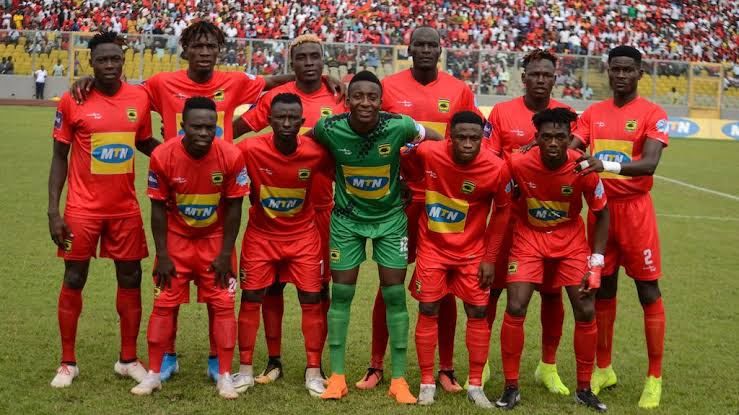 The Porcupine Warriors will try to extend their lead at the top of the table when they face Gold Stars at the Baba Yara Stadium in Kumasi on Sunday evening. Can the away team halt the home team's ambition in this encounter?

After a disappointing last season that saw Hearts of Oak win the league with four points ahead of them, they have doubled up since the beginning of the season and are presently at the top of the league with forty-one points from nineteen matches this season.

They shared the spoils against Bechem United in match week 19, nothing separated both teams as the match ended in a 0-0 draw away from home. That was a fantastic result for the visiting team considering they are a top team as well.

The Porcupine Warriors have acquired eight points from the possible fifteen in the last five matches. They remain the best team on home form this season with twenty-five points from ten matches so far.

Gold Stars are in dire need of points to change their present circumstance as they sit 13th on the log and can go down if they fail to get at least a point in this match. They have only two points from ten matches away from home this season and it doesn't look like they are going to change that against a hungrier Asante Kotoko.

They won their last match against Medeama SC in game week 19 after Steven Owusu gave them the lead in the 49th minute as they left with all the points.

Gold stars head into this match with seven points from a possible fifteen and scored four goals in that process. This record has to change if they are to stay up and the best thing is to start getting those points, unfortunately, it might not be against the league leader.

They have only played once in recent times and it was Asante Kotoko who won away in game week 3.

Asante Kotoko enjoys playing in front of their fans and will add more salt to the aways injuries, bet on a first-half win for the home team for 1.85.