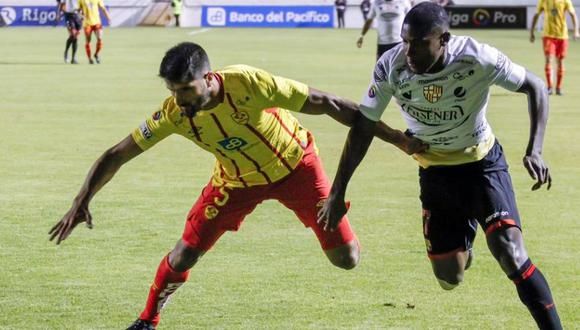 In the upcoming fixture of the Liga Pro Ecuador, Final Leg 1, Barcelona SC will take on Aucas at the Monumental Stadium Banco Pichincha in Guayaquil. The big pressure game is likely to challenge the two sides who had an amazing run in the ongoing competition. Going in the game, Aucas has a reasonably decent form and is likely to strike early in the game.

Barcelona SC - Coming off a Draw Against Cumbaya (DLLDW)

Going in the game, Barcelona SC will be confident for turning the tables and winning the upcoming leg 1 in the fixture. Barcelona SC is likely to make some changes to its typical lineup by introducing different combinations. It was September 2021, when Barcelona SC managed to win (3-0) against Aucas. Talking about their previous game against Cumbaya, Barcelona SC’s Cristian Penilla scored the first goal on a penalty chance, but was unable to establish the advantage.

Going in the game, Auas is coming off a remarkable win over Gualaceo SC (3-0), in which Pedro Perlaza, Francisco Fydriszewski, and Juan Manuel Tevez scored goals. Aucas is carrying an unbeaten streak of 20 matches and is likely to continue dominating the contest. Aucas has previously managed to defeat Barcelona SC (0-2), in the ongoing competition. Aucas will hold the cards and is likely to strike at the opposition without any hesitance.

Going in the game, Aucas is looking to win and take the winning advantage in the leg 2 as well. Considering the unbeaten run of Aucas, Barcelona SC will stand as unfavorite to win. The game total is likely to be under 2.5 goals and only Aucas to score.