Betis vs Valencia: the Sevillians Will Be Triumphant, Scoring Twice 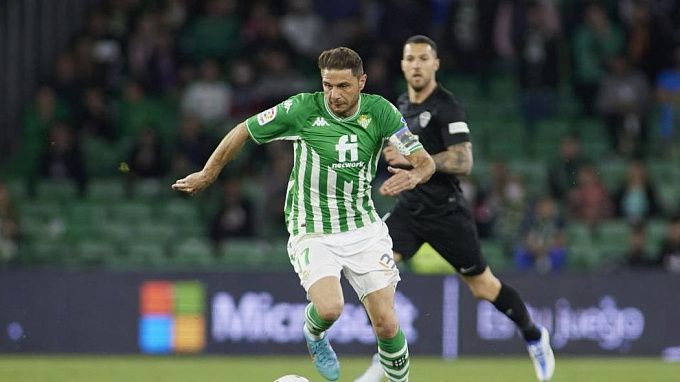 In the season 2021/22, Valencia and Betis will meet in the final of the second most important tournament in Spain. This is not exactly a classic pairing for the King's Cup, although these teams have met in this round almost two dozen times. The final will be held in Seville, it is logical that Betis is quoted as the favorite. However, we doubt that the Bats will just give up the victory in the upcoming game.

Sevilla are torn on two fronts, the Verdes still have a chance to get into the top-4 of La Liga. But after the home defeat from Elche the position of the Southerners in the standings has noticeably worsened. That failure was caused by a wide rotation of the squad. It is obvious that the coaching staff of Betis kill two birds with one stone. In doing so, they risk to remain both without the Champions League and the Copa del Rey. The loss to Elche was very offensive, the opponent shot only once and managed to score. Betis was doing their best, but could not score, although they sent the goal 18 times, hitting the bar only three. Betis had an xG rating of 1.40 in that game, so it is quite possible that in the Copa del Rey final the Sevillians will be rewarded. Recall that Betis knocked out Real Valladolid, Sevilla, Real Sociedad, and Rayo Vallecano.

Valencia gained 40 points and quit to play in the championship. How else can we call the fact that in the last four La Liga games the Bats earned only two points when their opponents were Cadiz, Rayo Vallecano, Osasuna and Villarreal. All right, Villarreal is fighting for a place in the European Cup and being a semifinalist in the Champions League. But the other teams are, at best, the mediocre squads of the Spanish elite. It is obvious that all the thoughts of the Bats after winning the semifinals were focused on the decisive match of the Copa del Rey. The winless streak this month hardly helped Valencia's morale. Valencia's path to the final was much easier than that of Betis, at least judging by the names of their opponents: Cartagena, Atlético Baleares, Cadiz, and Athletic Bilbao.

Given the high stage of the tournament, we doubt that the upcoming meeting will be rich in goals, although the confrontation between the Verdes and Bats is quite productive. For both teams, the cup final is the match of the season. Judging by the roster for the game against Elche, the Sevillian coaching staff is ready to exchange the trophy for a chance to play in the Champions League, knowing well that they cant compete with Atletico and Sevilla anyway, and winning the cup is a ticket to the Europa League. We believe that Betis will not lose in regulation time, and the teams will not score more than three goals.

Betis will score two goals against Valencia. In the final, the Verdes will receive compensation for the failure in the match with Elche, where the Sevillians had to shoot 1.5 goals but were unsuccessful.