BFF Academy U-19 vs Royal Thimphu City FC Prediction: Likely to be a One Sided Encounter 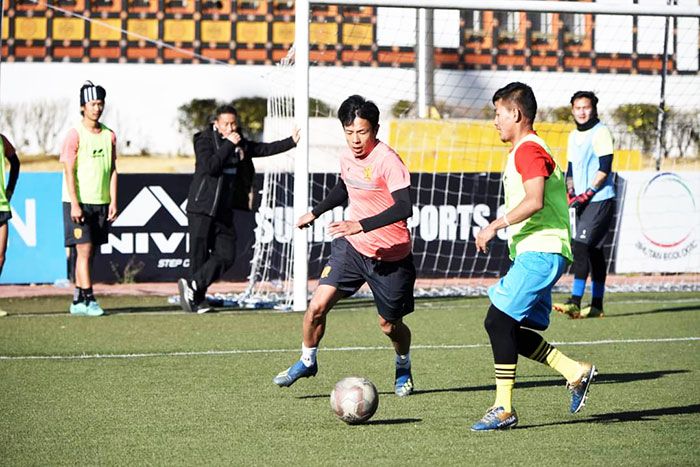 In the upcoming fixture of the Bhutan Premier League, BFF Academy U-19 will be up against Royal Thimphu City FC at the Changlimithang Football Stadium in Thimphu. With the Bhutan Premier League entering in its very last phase. Royal Thimphu FC stands 4th with 7 wins and 24 points from 16 games played. On the other hand, BFF Academy stands 7th with 4 wins and 14 points. Its quite evident that the top 5 teams are likely to stick in their spots till the last matchday. For the upcoming contest, Thimphu City stands tall and is likely to win.

BFF Academy U-19 - Stands 7th in the Points Table (LWLWL)

Going in the contest, BFF Academy U-19 is coming off a defeat against Transport United (0-2) and a win previously against Takin (0-7). BFF Academy U-19 isnt quite strong as Royal Thimphu City FC, however, an upset can be on the cards. At the moment, BFF Academy U-19 averages about 1.63 goals per game, which is quite average and can be improved. However, there has been only 4 instances when BFF Academy has scored 2.5 or more goals. In the season so far, BFF Academy U-19 has conceded 40 goals, which explains their poor defense.

Royal Thimphu City FC - Quite Strong as a Side (DDWLL)

In all departments of the game, Royal Thimphu City FC stands as favorites and are quite competitive on paper. The game total is expected to be over 2.5 goals and both sides to score.