America Mineiro vs Cuiaba Prediction: the Black and Greens to Gain Three Points 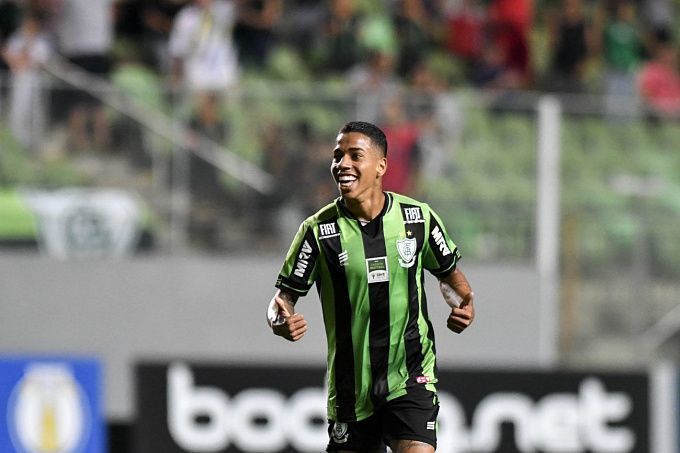 Prediction for the Brazil Serie A America Mineiro vs Cuiaba match, which will take place on June 4. Who will turn out to be stronger? Check the team conditions! Several betting options are available.

America Mineiro has swapped Serie B for Serie A and back several times. Still, now, for the second season, they are in Brazil's elite division, showing great results. The Black and Green started quite well - three wins in the first five rounds, but then they stagnated a bit. In their last three games, Vágner Mancini's side lost 0:1 to Coritiba and drew with 1:1 to Botafogo and Corinthians each. All this allows the team to sit in tenth place in the standings, in the very equator.

Cuiabá made its debut in Brazil's elite division only in 2021 and immediately took a solid 15th place in the standings. In the current championship the Yellow and Greens continue play at such a high level, although so far they do not solve the grandiose challenges. In the first three rounds, Luis Carlos Pintado's charges claimed two victories and one defeat, but then they suffered a setback. In the next five games, Cuiabá earned just two points for draws with Atlético Goianiense and Internacionale, and lost the remaining three games, dropping to 17th place in the standings.

America Mineiro and Cuiabá approach the encounter without a win for a long time. At the same time, the hosts in the last two games sealed a draw with Botafogo and Corinthians, who are at the top of the standings, so you can judge about their good form. The Yellow and Greens have significantly worse results, which is why they are in the relegation zone, and they have not won against the Black-Green for a long time.

It is not worth expecting high efficiency from the upcoming confrontation. This season both teams play very closed soccer, because of which they score less and conceded less. In their eight meetings with America Mineiro only 18 goals were scored (2.25 average), while Cuiaba only scored 16 goals (2.00 average). What's more, the opponents have only allowed five goals (1.00 goals average) in their last five faceoffs.

Cuiaba not only rarely clings to points in matches with America Mineiro lately, but also practically does not score. In their previous five head-to-head meetings, the Yellow and Greens have only hit the Black and Green's goal just once (0.20 average per game). They are unlikely to rectify this situation in the upcoming match, as Luis Carlos Pintado's side have scored just six goals in eight meetings this season (0.75 average per game) - the second worst total in Serie A.