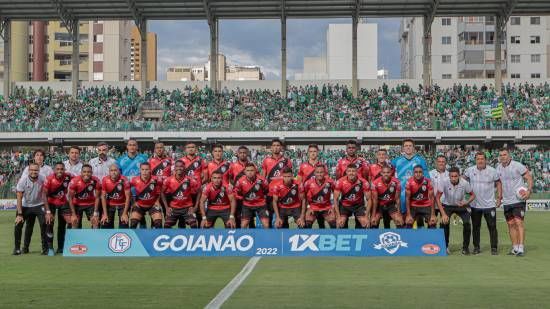 In the first round of the new Brazilian Serie A season, Flamengo, one of the strongest teams in the division and in South America, will face Atletico GO, a tough, well-organized team representing Brazil in the South American Cup.

On February 23, Atletico has a new head coach, Umberto Louzer, a 42-year-old specialist who previously worked at Guarani, Curitiba, Chapecoense and Sport Recife. Since the Dragons were led by him, Atletico has never lost, eventually winning the title of the strongest team in the state of Goião by beating Goiás. In the first round of the South American Cup group stage, Atlético GO defeated L.D.U. Quito, a fairly potent Ecuadorian team, 4:0. The players who scored in that game were Jorginho, Shaylon, Hayner and Conceição. Interestingly enough, all the goals were scored in the second half. It is obvious that the Dragons with their new coach are in good shape and will try to fight Flamengo at home.

After failing in the Carioca final and a 2-match defeat against Fluminense, Flamengo played their group-stage game of the Copa Libertadores against Sporting Cristal in Peru and defeated their opponent 2:0, due to goals from Bruno Henrique and Matheusinho. A solid victory over a tough opponent, which shows that the Red and Blacks are in full control of their current form. After the loss in the penalty shootout against Atletico Mineiro in the Supercopa do Brasil, Flamengo won four out of five away matches, with one tie.

The past three matches between Atlético GO and Flamengo were not productive. We believe that this trend will continue. Both teams come into the first round of Serie A after midweek matches, with Flamengo having flown in recently from Peru. As we know, the high density of matches is not in favor of betting on the total more (2.5).

As for the outcome, we are on the side of a draw. Flamengo is strong, but on the road, Red and blacks do not always win. Atletico GO approached the start of the season in a good shape and with psychological balance. We doubt that the Dragons can achieve a home victory over one of the strongest teams in Brazil, but the hosts may seal a draw.

We do not expect a high-scoring match as well as a 0:0. We believe that the teams will exchange goals and the match will end in a draw.