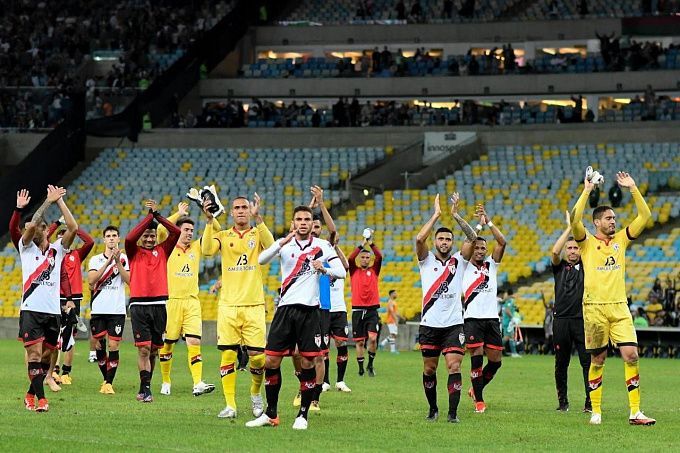 The Brazilian champions will end Sunday's programme in round 15 with Atletico Goianiense and Sao Paulo. The Tricolores have decent staffing problems, which could prevent the visitors from showing their full potential. Furthermore, let's not forget that the Tricolores played a midweek game in Chile in the South American Cup.

Atletico GO also played an away game on the international stage. Still, unlike the Tricolores, the Dragons lost their meeting to Olimpia with a score of 0:2 and are close to relegation from the second most important international tournament in South America. After 14 rounds in Serie A, the Dragons are in 14th position with 17 points, but in their last five games, they have 10 points and are sixth in the division. In other words, the Dragons' current form is wonderful. Their home statistics are 13th in the division, +3=2-2, 9:6 goal difference.

Sao Paulo has a three-match unbeaten streak. In this period, the Tricolour has beaten Palmeiras (1:0) in the Brazilian Cup, drawn 0:0 with Juventude, and beat Universidad Catolica 4:2 away. A large percentage solves the task of reaching the quarterfinals of the South American Cup, but in the championship of Brazil, the visitors are only 9th, although the players have the task to be in the top six. They are five points behind Fluminense, sitting in sixth place, although Sao Paulo has a game in hand. On the other hand, Sao Paulo's away record in Brasileirao is relatively poor, with no wins in seven games, five draws, and two defeats on a 6:9 goal difference.

Atletico Go has one of the best statistics in the division in the last five rounds. The Dragons are performing well at home, while Sao Paulo has yet to win an away game in Brasileirao. In addition, the Tricolores have staffing difficulties, as seven players will not be able to help the visitors today. It should also be noted that both teams are not very productive, at least for Atletico GO in home games and Tricolore in away games.