Atletico Mineiro vs Flamengo Prediction: Will the Galos stay in the Libertadores cup zone? 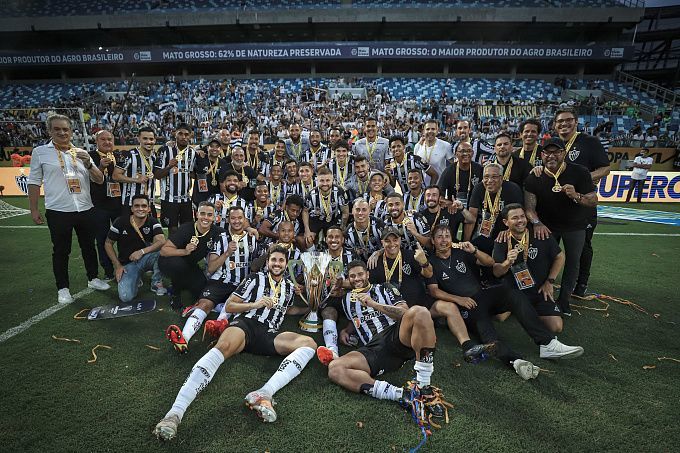 The central match in the 13th round of the Brazilian championship will take place in Belo Horizonte, where Atletico Mineiro will face Flamengo. Check the team conditions and choose several betting options.

The reigning Brazilian champions cannot win since 30 May and the match against Avaya. Since then, the Galo have played four games, three of which ended in a draw and a 3:5 defeat to Fluminense. The draws were recorded in matches against Palmeiras, Santos, and Ceara. In general, the Galo had a rather difficult calendar during this period. Regarding standings, Atletico Mineiro is in the sixth position after 12 rounds, with 18 points and seven points behind leading Palmeiras. Atletico Mineiro's home stats are only eighth, with 11 points after six games played and a goal difference of 10:6.

Last matchday, Flamengo broke their three-match losing streak with a 2:0 win over Cuiaba at the Maracana. The Red and Blacks were weaker than Fortaleza, Bragantino, and Inter. The series of defeats led to Flamengo falling out of the Libertadores Cup zone, sliding down to 10th place in the Brasileirao standings. The Red and Blacks have 15 points, three points less than Galo. Flamengo's away statistics are 13th in the division, with five points from six away games on a 6:9 goal difference.

Both teams are highly motivated for the upcoming encounter. We expect maximum activity from both the home and the visitors and hope that activity will lead to high performance and goal exchanges. As for the outcome, we are favoring Atletico Mineiro, Galo has a decent historical advantage over Mengao, and Flamengo's recent away results are a little troubling. Also, Flamengo lost their last two fixtures to Bragantino and Internacional.