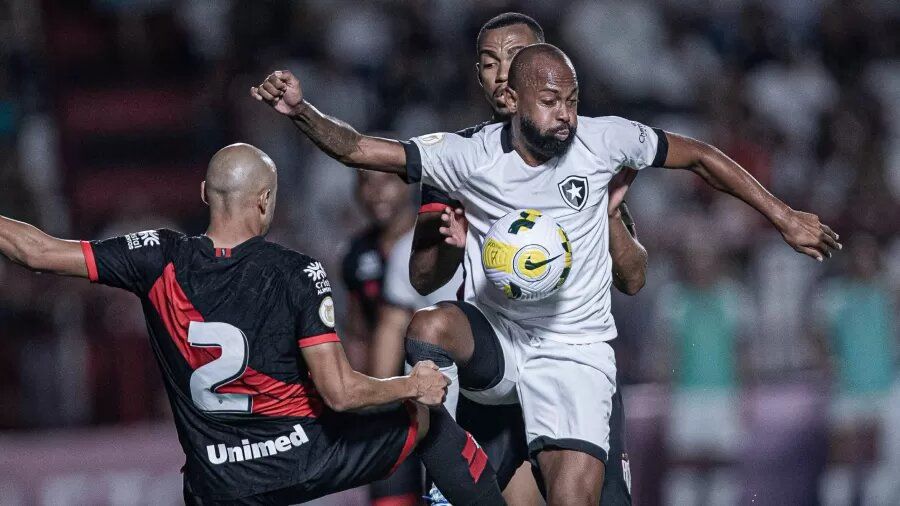 After a break Brasil Serie A returns with Botafogo taking on Atletico Goianiense at the Estadio Nilton Santos, Rio de Janeiro. Going in the competition, Botafogo stands 12th with 7 wins and 25 points from its 21 games. On the other hand, Atletico Goianiense stands 19th, in the relegation corner, with 5 wins and 20 points so far. Botafogo will look to take its chances and win the game against struggling Goianiense. Moving forward, Botafogo will look to at least finish in the top 10 standings after tomorrow’s game.

Botafogo is coming off a draw against Ceara (1-1), which could have been an easy win for them. Botafogo lost to Corinthians (1-0) previously, which dented their overall reputation in the contest. With a goal-scoring average of 1 goal per game, Botafogo will look to take its chances and play with an attacking approach. With an average of 4.2 shots per game, Botafogo will target the goal post from the very first minute. For Botafogo, Erosion has the most shots on target per match, making him dangerous for the visitors.

Atletico Goianiense - Coming off Three Back to Back Wins (WWWLW)

Apart from Goianiense’s standing in the Serie A contest, they have maintained an amazing winning streak with three back-to-back wins. Atletico GO won over Nacional (3-1) previously, with Luiz Fernando and Gabriel Baralhas doing the scoring. Atletico GO can defeat Botafogo and move up the table, leaving the relegation zone. With a goal-scoring average of 1 goal per game, Atletico GO will look to score a decent lead and win the game ultimately.

Going in the game, Botafogo and Atletico GO both will look to outperform each other and win. According to my experience and analytics, Atletico GO is backed with a robust winning form and is likely to win. The game total is expected to be over 2.5.