Botafogo vs Atletico Mineiro Prediction: Will the Galos top the standings? 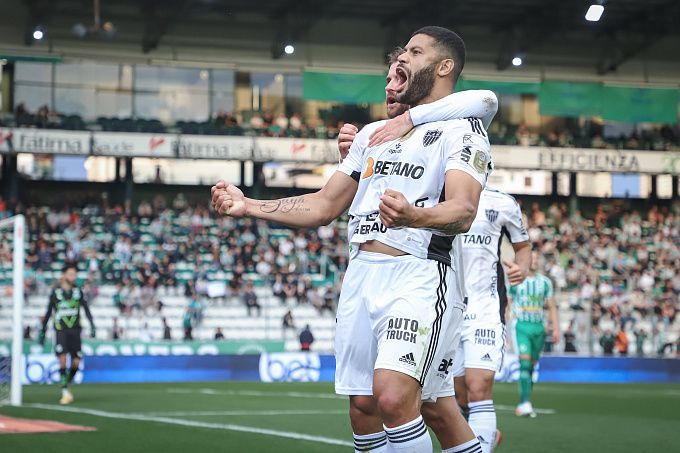 One of the final matches of the 17th round of the Brazilian football championship will be a match in which Botafogo faces Atletico Mineiro. Both teams approached the upcoming game, not in the best mood, both losing their cup matches and dropping out of this tournament.

Botafogo has won only one of their last five matches (1:0) away to Bragantino. Apart from two defeats to America in the Brazilian Cup, the Lone Star has lost in the championship to Cuiaba and Fluminense. Before the start of Sunday's pool, Botafogo is 10th in the championship standings, six points behind Libertadores Cup runners-up Fluminense. Botafogo is unlikely to want to finish in the top six, but the home team will certainly hope to climb into the top 12. Botafogo's home statistics are among the worst in the division, +2=1-4, 7:9 goal difference.

Atletico Mineiro is lacking stability this season, which is affecting their standings. Atletico Mineiro has been eliminated from the Brazilian Cup after losing 0:2 to Flamengo in midweek. However, in the Libertadores Cup, they had no problems against Ecuadorian Emelec. In the last round of the Serie A, Atlético Mineiro drew with Sao Paulo, and the previous round they beat Juventude in an away game. In the Brasileira tournament, they are fifth, two points behind the leading side of Palmeiras. We should note that in case of victory in the upcoming game Galo definitely will climb up to second place at the end of the tour, because Corinthians, AP and Inter all lost points. Galo will lead the tournament for 24 hours, because Palmeiras will play their match a day later. Atletico Mineiro's away statistics are only eighth in the division, but the visitors' motivation is very high.

Atletico Mineiro hasn't had the best away statistics and negative numbers at Botafogo Field. However, at the moment, the opponents are teams of different levels, not forgetting that the Galo are the reigning national champions and the Lone Star are only newcomers to the elite division. If they win on Sunday, Atletico Mineiro will lead the league standings for at least 24 hours. The team has a lot to look forward to and win. We're looking forward to a productive match.