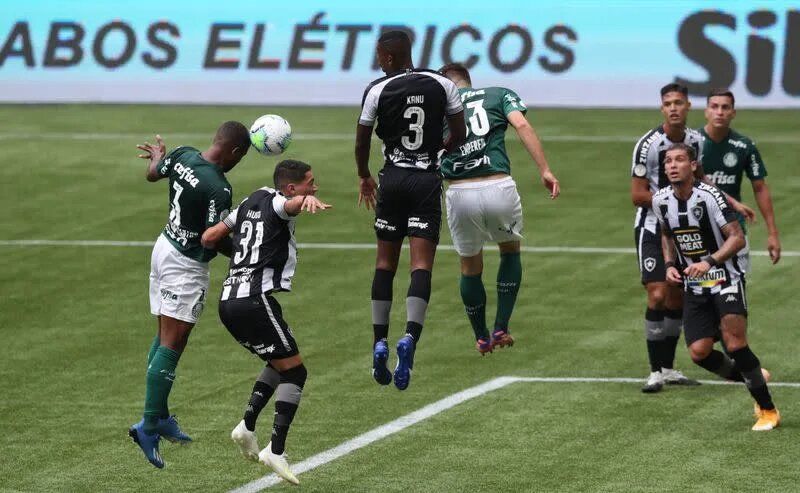 In the ongoing Round 29 fixtures, Botafogo will take on Palmeiras at the Estadio Nilton Santos in Rio de Janeiro. Going in the game, Palmeiras stand 1st in the points table with 17 wins and 60 points from 28 games played in the Serie A so far. Botafogo on the other hand, stands 10th with 10 wins and 37 points, which is quite competitive as teams are looking to wrap up the contest and make it into the Sudamericana stages. When the last time these two sides played against each other, Palmeiras took Botafogo to the cleaners and won the contest 4-0.

Botafogo - Coming off a Win Over Goias (WWDWL)

Going in the game, Botafogo is coming off a win against Goias (0-1), in which Romildo scored the only goal and that too in the 89th minute of play. Botafogo is likely to continue with the formation of 4-2-3-1 and attack the visitors who seem to be sublime touch this season. With a goal scoring average of 1 goal per game, Botafogo will look to play sensibly and avoid over running the field. Lucas Fernandez will be the in spotlight while attacking as he has created the greatest goal scoring attempts this season.

Going in the game, Palmeiras will be the favorite to win and score at least 2 or more goals. The game total is likely to be over 2.5 and both teams to score.