Botafogo vs Santos FC Prediction: Both Sides on the Verge of Qualification 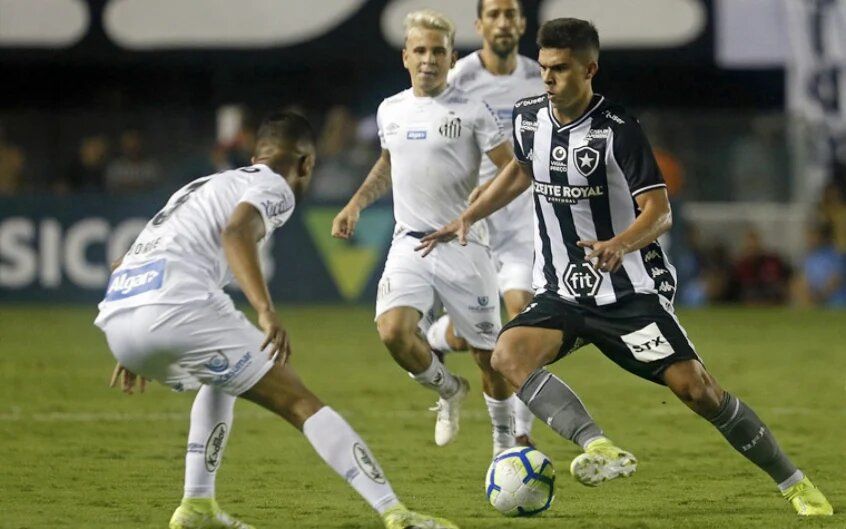 In the upcoming fixture of Brazil Serie A, Round 37, Botafogo will be up against Santos FC at the Estádio Nilton Santos in Rio de Janeiro. Going in the game, Botafogo stands 11th with 14 wins and 50 points from 36 games played, whereas Santos FC stands 12th with 12 wins and 47 points so far. With both sides on the edge of the top 12 standings, we can see a survival game played by the two. If Santos manages to win, it will move up to the 11th spot in the points table. The last time these two sides played, Santos FC won 2-0.

Botafogo - Coming off a Win Against Atletico MG (WLWDL)

Going in the game, Botafogo is coming off a win against Atletico MG (0-2) and a defeat against Cuiaba (0-2). Among the significant failings of Botafogo is its inconsistency, however, the recent win over Atletico MG wil be a motivating win. In the last game, Joao Victor and Tiquinho Soares bagged goals in the 76th and 84th minute of play. With an attacking formation of 3-4-2-1, Botafogo is likely to depend on the likes of Saoares and Jefferson. With a reasonable goal scoring average of 1.1 goals per game,Botafogo is likely to find its rhythm.

Santos FC - Coming off a Draw Against Avai FC (DWLLW)

Going in the game, Santos FC is coming off a draw against Avai FC (1-1), in which Marcos Leonardo scored the only goal on penalty. Santos would haven’t expected a draw against Avai in the home fixture. With a 4-2-3-1 formation, Leonardo and Felipe are likely to be incharge of the game and responsible for taking their side home. With a goal scoring average of 1.2 goals per game, Santos FC will move in as favorites, as they haven’t lost to Botafogo in their last 7 meetings.

Going in the game, Santos FC will walk in as favorites as they have a pretty consistent track record against Botafogo and have also won 12 from 22 games played between them. The game total is expected to be over 2.5 goals and the final score line to be 1-2.