Fortaleza vs Palmeiras Prediction: Will the guests keep their sole lead? 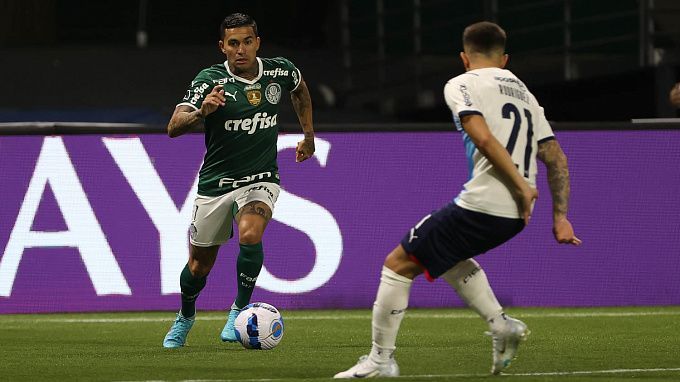 Fortaleza will face Palmeiras in the 16th round of the Brazilian football championship. Check the team conditions and choose several betting options.

After beating Ceara in the Brazilian Cup derby, Fortaleza has played four games in two tournaments: three defeats and a home draw against Estudiantes. As a result, they dropped out of the Libertadores Cup in the round of 16 from the Argentine side and also finished last in the standings, eight points behind Ceara. The results are disappointing, especially after last season's super successful season and reaching the Libertadores Cup. Fortaleza's home statistics are 18th in the division, +1=4-3, 4:6 goal difference. Obviously, this season Fortaleza is a victim of their own success. The Tricolour cannot play on three fronts.

We all remember the 0:1 away defeat at the hands of Sao Paulo in the Brazilian Cup, the 2:2 draw with Avaya and the 0:2 home defeat at the hands of Atletico Paranaense in the championship. However, in the Libertadores Cup, the Greens are doing well: 8:0 in two games against Cerro Porteno and a confident qualification to the quarterfinals. The next round of the top tournament is scheduled for August, which means the Greens will dedicate the second and third decade of July to domestic tournaments.

In the Brazilian championship, Palmeiras continues to lead, but the rivals don't sleep. Three clubs at once: Fluminense, Atlético Paranaense and Atlético Mineiro are two points away. The Galo haven't yet played their match in round 16, as well as Corinthians, three points below Verdao. If they lose points, the Greens risk bringing their direct rival as close as possible to them. Palmeiras has the best away statistics in the division, +4=3-0, 11:4 goal difference.

Fortaleza is in a psychological hole. Considering the loss of the Libertadores Cup and 20th place in the Brasileira standings, it would not be surprising if the head coach of the Tricolores, who led Fortaleza to the Libertadores Cup playoffs, will soon be fired from his post. The Greens solved the problem of reaching the quarterfinals of the Libertadores Cup, and now it's time to take care of business at home, the Serie A. After all, Verdao have several rivals, and in case of losing points at Castelo they risk sharing the first place with Atletico Mineiro, the reigning champion of Brazil. In terms of totals, it's unlikely to be a goal extravaganza.