Cangzhou Mighty Lions vs Wuhan Three Towns Prediction: Will The Hosts Be Able To Cause Yet Another Upset At Home? 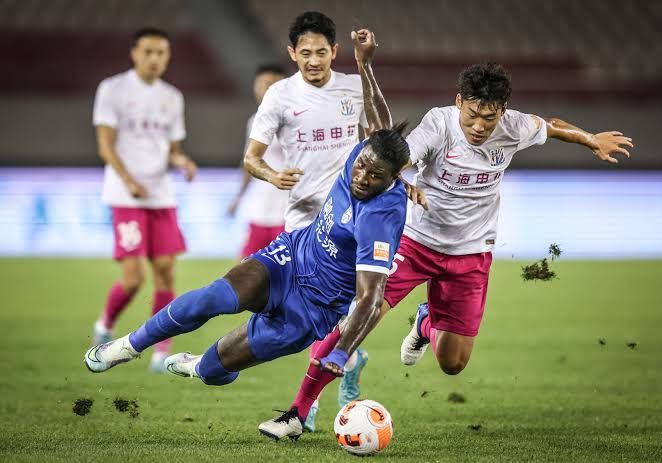 Cangzhou Mighty Lions will be hoping to replicate their shocking victory over Shandong Taishan on the road when they host Wuhan Three Towns at the Mission Hills Football Base Stadium for their 29th matchday of the Super League.

Will Wuhan Three Towns be able to put things right this time by winning, or will they suffer another dismal result at the hands of the hosts?

Let's have a look at the latest Chinese Super League predictions between Cangzhou Mighty Lions vs Wuhan Three Towns, probable lineups, match facts and up to date betting odds for you to consider!

It was a memorable occasion for them to edge a 3:2 victory against defending champions Shandong Taishan in their latest match, and it was undoubtedly a day to remember for John Kante, who bagged a hat trick in the process to help his team seal a three-pointer.

They bring to the table a four-match unbeaten streak as they face Wuhan Three Towns for the second time this season, with their last encounter against them being nothing short of an impressive performance as they served them with a 4:3 defeat and will be on the edge of repeating the same result.

Svetozar Šapurić's men have collected 8 points in their last five matches, and their steady form has been a sight for sore eyes for a team that is regarded as a mere opponent in the Super League without the edge of being a competitive side, and it's safe to say that statement has been dubbed irrelevant.

They presently occupy 13th place with 34 points, 3 points behind 11th place, and have effectively cleared the gap between them and 14th-place Shenzhen FC by a 4 point deficit.

Their chance to assert dominance over Changchun Yatai was deemed unsuccessful because of the small errors regarding their porous defense that ultimately proved to be their undoing. As a result, they suffered a 3:2 loss at home.

They've managed to record three victories and two losses for a total of 9 points during their last five matches, and during that stretch, they scored 12 goals to highlight their brilliance on the offensive side and a pair of three clean sheets have been kept.

Currently in first place with 65 points, they are level on points with Shandong Taishan as their failure to win against Cangzhou Mighty Lions leaves them hanging by a thread in the rankings, as one error this time around may see them drop to second place.

There's no denying that Wuhan Three Towns are the odds-on favorite to win the game, and that makes sense for a team looking to avenge their disappointing loss to the hosts two months prior. Although they haven't been perfect and have displayed some obvious weaknesses, they should be given the benefit of the doubt because much is on the line if they fail to secure a victory.

Cangzhou Mighty Lions are in good spirits as they have gone four games without losing, and they are itching to make that streak five games long. What better way to do that than by narrowly defeating the formidable table-toppers twice this season to add to their extensive resume?

The hosts are a tenacious side when pushed to their limits, and this could prove to be a tough test for Wuhan Three Towns looking to settle the score as they look to make amends for the grueling loss they suffered at the hands of Cangzhou Mighty Lions. And while they may turn out to be favorites, their porous defense at this point has to be questioned.

As a result, we predict the Cangzhou Mighty Lions to score, making the Both Teams To Score market a winner, which shouldn't be too much of an ask for a team that scored three goals against Shandong Taishan and has scored in four straight games.